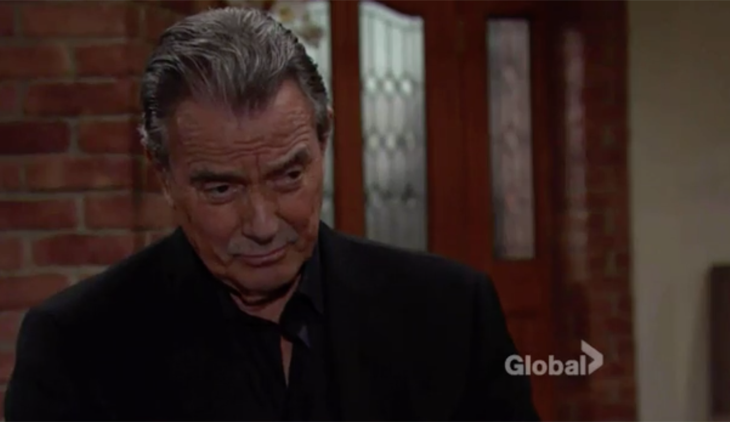 “The Young and the Restless” spoilers for Friday, February 10, reveal that Nick (Joshua Morrow) will decide to apologize for Faith’s (Alyvia Alyn Lind) rudeness. At the design studio, Nick sees Chelsea (Melissa Claire Egan) in a bridal gown. She teases him about the idea of designing one for Sharon (Sharon Case). Nick insists there’s no chance of a reunion.

Chelsea gets Nick to help her with the zipper and they share a close moment. Nick states that he’s sorry Faith messed up their plans. He wonders if Chelsea is ready for their raincheck tonight. Chelsea isn’t sure that’s a good idea since it’s Valentine’s Day. Nick understands and heads on his way.

At Newman Enterprises, Victoria (Amelia Heinle) talks to Victor (Eric Braeden) about Brash and Sassy. He gives her some advice and they embrace. Abby (Melissa Ordway) walks in and Victor urges Victoria to pass along some wisdom. The suggestion doesn’t go over well with Abby. She feels threatened and wonders if Victoria will go after the top spot at Newman.

Victor settles Abby down and she offers an apology. After Abby exits, Victoria is surprised by the news that Victor is grooming her sister. He points out that Abby truly wants to work her way up at Newman. Later, Victoria stops by The Underground. She gives Nick updates on Abby before talk turns to Chelsea.

Nick confesses that he asked Chelsea to have dinner with him tonight, but she turned him down. Victoria can see why Chelsea would hesitate since it’s Valentine’s Day. Nick discusses his brutal failure at dating and realizes Chelsea has been listening behind him. She lets Nick know that everything is fine and tells him to make dinner reservations. Y&R fans will be anxious to see how it all plays out.

Other “Young and the Restless” spoilers say Sharon (Sharon Case) will face more struggles. At Crimson Lights, she tells Lily (Christel Khalil) that she’s determined to accept the situation. Unfortunately, Sharon crumbles in her car a little later. She drives over to see Faith at the ranch, but finds Victor instead.

When Sharon asks Victor to take her to Dylan (Steve Burton), he gently declines. Victor says Sharon needs to stay in Genoa City with her family. Across town, Cane (Daniel Goddard) and Billy (Jason Thompson) can’t get in touch with Victoria. They decide to go ahead with a new photoshoot anyway.

Cane has hired Jordan Wilde (Darnell Kirkwood), who’s supposedly an amazing photographer. Jordan arrives and Lily is glad to see him again. They note that they worked together during Lily’s previous modeling days. Cane seems uncomfortable as Jordan and Lily catch up.

Lily sprawls out on the table in the lab while Jordan snaps pictures. Once Victoria arrives, she demands to know what’s going on. Cane brushes off Victoria’s complaints and Billy acts like she’s overreacting. Victoria maintains that she’s in charge now. She’s ready to sign the papers and take control of the company.

Cane sees Jordan unzipping Lily’s dress through a window. It looks like the green-eyed monster will strike. Y&R rumors hint that jealousy could cause major issues for Cane and Lily. We’ll keep you posted as other “Young and the Restless” details emerge. Stay tuned and don’t forget to check Soap Opera Spy often for the latest “Young and the Restless” spoilers, rumors, updates and news.

WATCH: ‘The Young and The Restless’ Preview Video Friday, February 10