The Young and the Restless Spoilers Wed, Sept 13: Victoria Freaks At Cane – Zack Nearly Gets Caught – Jack Suspicious of Billy 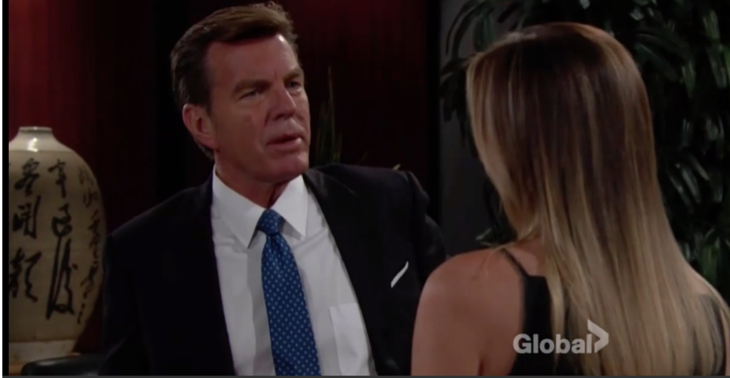 “The Young and the Restless” spoilers for Wednesday, September 13, tease that Billy (Jason Thompson) and Victoria (Amelia Heinle) will discuss a new product. At Brash and Sassy, they gear up for a launch that should catch Jabot by surprise. The issue of using Phyllis’ (Gina Tognoni) laptop comes up again. Billy promises Victoria that they can keep that info under wraps.

Meanwhile, Phyllis and Jack (Peter Bergman) discuss the manipulated sales numbers. Jack contends that this has Billy written all over it. After debating it a bit more, Phyllis seems convinced that she can handle the situation.

At the park café, Cane (Daniel Goddard) tries unsuccessfully to reach Mattie (Lexie Stevenson). He rants about Reed (Tristan Lake Leabu) to Hilary (Mishael Morgan) and feels the teens are acting out. After Cane walks off for a moment, Hilary reaches out to Mattie. She notes that Cane is in the loop on Mattie’s decision to skip class.

Mattie calls Cane and fibs about her pal getting a flat tire. Cane can tell it’s a lie, so he decides to confront his daughter. He assumes she’s with Reed at Victoria’s place. Once Cane arrives, he rips into Reed for changing his good girl. 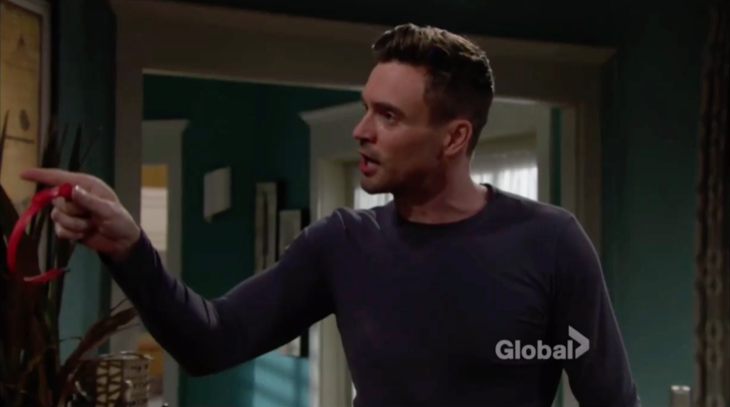 Victoria walks in and wonders what Cane thinks he’s doing. After Victoria sends Reed to school, she gets into a heated argument with Cane. Victoria has one of her usual foggy spells and kicks Cane out. She grimaces as she grips her head.

At Sharon’s (Sharon Case) house, Noah (Robert Adamson) interrupts Mariah (Camryn Grimes) and Tessa’s (Cait Fairbanks) discussion about Crystal (Morgan Obenreder). Mariah takes off to see Devon, but looks uncomfortable with Noah and Tessa’s lip lock. Once she finds her beau, Devon reiterates that he’s sorry for bailing on her the other night.

Mariah feels there’s more going on here. She gripes about Hilary’s gloating, but Devon doesn’t think they should pay any attention to her. Mariah worries that maybe there are better options out there for both of them. Devon maintains that he’s committed to Mariah and wants to be with her. She’s willing to try again, but doesn’t seem convinced it’s the right move.

At Crimson Lights, Zack (Ryan Ashton) makes up an excuse when Abby (Melissa Ordway) overhears a part of a shady conversation. They leave to make some marketing pitches. After Jack turns down their offer, they give Victoria a chance to get on board. Zack lets something slip about Jack, which annoys Victoria. She guesses they only came to her because Jack wasn’t interested.

Abby Wonders Why Zack Was Sloppy

Abby manages to smooth things over and ultimately reaches a deal with Victoria. Afterward, she wonders why Zack got so sloppy in their presentation. Zack claims he wasn’t intentionally trying to sabotage anything. Later, Phyllis meets up with Billy. She mentions the possibility that Brash and Sassy has a spy. Billy balks at the notion and questions Phyllis’ loyalty.

“The Young and the Restless” spoilers say even more “Philly” drama is ahead. We’ll give you updates as other Y&R news and rumors emerge. Stay tuned to see what’s coming up next on the CBS soap.

Big Brother 19: Can Anyone Beat Paul Abrahamian In The Final 2? VOTE!