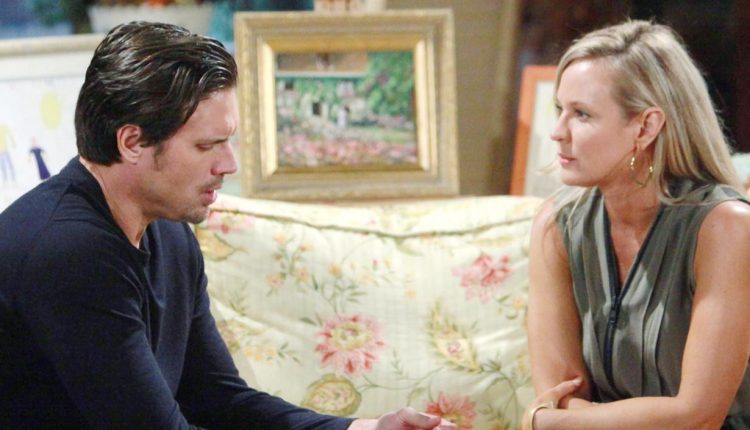 Nick (Joshua Morrow) is helping Sharon (Sharon Case) on ‘The Young and the Restless’. As viewers know, Chelsea (Melissa Claire Egan) has been extremely understanding where her newest love is concerned. That generosity will be tested as ‘Shick’ pursues Alice (Tamara Clatterbuck) and the criminal ring that has invaded Genoa City.

Chelsea was able to move past Adam’s (Justin Hartley) death because of the love Nick has offered and she returned. Chelsea’s warm heart enabled three new people to move into the penthouse. By welcoming Nick, Faith (Alyvia Alyn Lind) and Christian (Jude and Ozzy McGuigen), Chelsea demonstrated that she’s ready to expand her family.

Sharon’s realization that Alice is involved with a criminal ring led to her asking Nick for help. She reminded her ex-husband that he benefited from her advice as the Chloe (Elizabeth Hendrickson) drama played out. That moral poke resulted in Nick planting a tracking device under the wheel well of Alice’s high-priced car. A nearly identical outdoor scene was nicely created for Morrow’s character in that regard.

Sometimes the rush of unexpected events and serious matters connected to them can temporarily blind people to what’s happening. Chelsea is smart. So she knows that Nick’s pull to his past has risks, which is why she needs to join him in fighting for Crystal (Morgan Obenreder). That choice will prevent her from fighting against Sharon.

For what seems like unusual reasoning, a series of Y&R executive producers and head writers decided that Sharon and Nick wouldn’t remarry after ‘Shick’ split more than a decade ago. One surely can’t claim that time span about ‘Niktor’ in contrast.

It seems unlikely that Y&R is using the current storyline as a path to reunite Sharon and Nick in holy matrimony. But the danger that Sharon has pulled her former husband toward has evidenced a cool dynamic that blends ‘Shick’ as friends with their connected partners.

Yes, Chelsea is keeping the Christian paternity secret. But Nick is keeping Victor’s (Eric Braeden) link to Adam’s death from her as well. Not exactly a stalemate, but viewers know those points aren’t part of this arc right now.

Some people describe past connections, or the current humans that exist because of them as baggage. Dehumanization isn’t normal, or just. All good souls do everything possible to see the good in everyone, or the potential for it to be exhibited. That’s what Sharon, Nick and Chelsea will do as they work together toward a common goal.

General Hospital Spoilers: Robert Palmer Watkins Off Contract But Don’t Count Him Out!