The Young And The Restless Spoilers: Kevin Fisher Will Return, Here’s Why Chloe Will Not 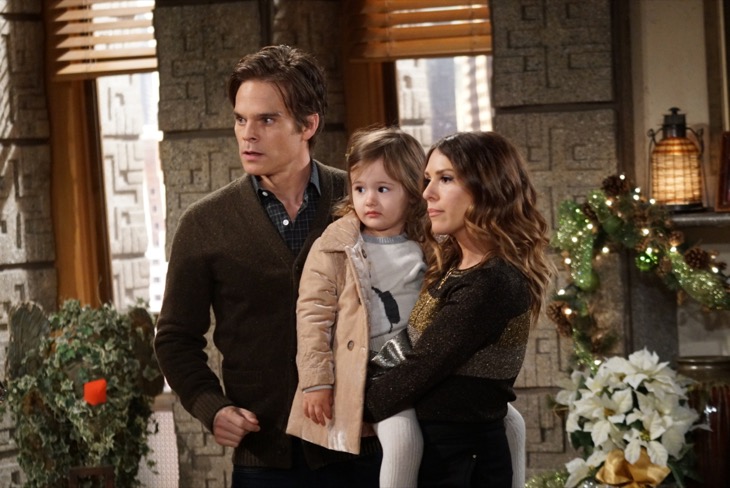 The Young and the Restless (Y&R) spoilers tease Kevin Fisher (Greg Rikaart) will be returning to the CBS soap opera in September. The fans have wondered what his return could mean for Chloe Mitchell (Elizabeth Hendrickson). Keep reading to find out the juicy details of his highly-anticipated return.

Y&R fans cried with Greg Rikaart after he exited the soap opera after 14 years as Kevin. They wondered if he would ever come back. Greg shared on Instagram that it was not his decision to leave the soapy drama and would return whenever they need him.

At first, the fans assumed that TPTB would kill Kevin off. When that didn’t happen, the fans petitioned to bring him back to the series. It looks like the outcry worked because Rikaart will be back for a while. At this point, CBS has not revealed how long he will be back for, but the fans can’t help but hope that he’ll be in Genoa City for good.

The biggest question on the fans minds is if Chloe will be coming to GC with him. ABC Soaps in Depth shared that Kevin would be traveling back home without Chloe. There is no word if Bella (Gia Poeme) would accompany him.

A Young and the Restless source revealed that there are no plans to bring Elizabeth Hendrickson back as Chloe at this time. The actress is busy with her new business venture, an upscale beauty salon called Ellie & Sassy.

Kevin’s storyline has been top-secret. No one has revealed if it has anything to do with Adam Newman (formerly Justin Hartley) or if it is something else. It is possible that Kevin was called to help with the prostitution ring storyline. Y&R will release more details about his returning storyline as it gets closer to the time of his airdate.

One thing is sure, the Y&R fans are excited about his return and hope that he will be here to stay. Why do you think Kevin is returning to Genoa City? Stick with Soap Opera Spy for all you’re the Young and the Restless spoilers, news, and live feed updates!