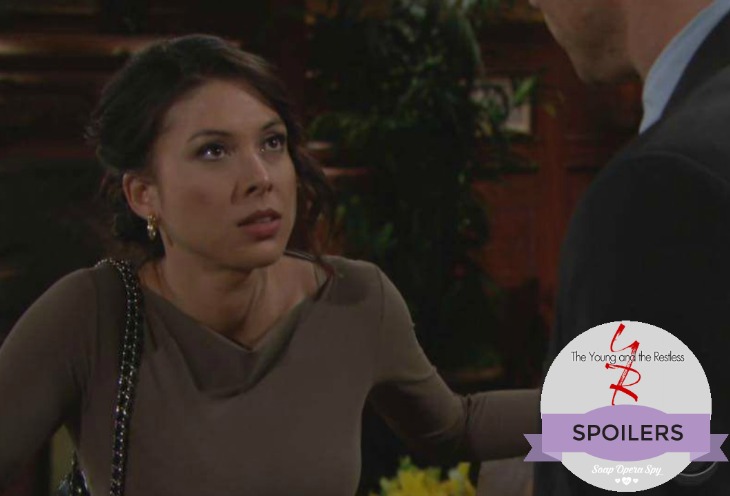 Juliet (Laur Allen) appears to be very cold on ‘The Young and the Restless’. She flicked off Cane’s (Daniel Goddard) misgivings as irrelevant and quickly accepted Victoria’s (Amelia Heinle) job offer at Brash and Sassy. An awkward and dangerous situation that seemed to be avoided has now resulted in a major situation for Mr. Ashby.

Mrs. Ashby (Christel Khalil) has no idea that Juliet and Cane had an encounter while they were in Japan last month. Cane would have risked his relationship by telling Lily what happened. But now that he’s chosen not to and Juliet’s new job links her directly with his wife, looming conflict has been written into ‘Lane’s’ storyline.

Tenured viewers who are also fans of Goddard and Khalil, as this scribe is, will acknowledge that a new angle was needed for the fictional couple they portray. These likable characters have been ill-served working as reactionary underlings to other Genoa City personalities.

Cane was portrayed as a whiner, constantly complaining about ‘Villy’ and his own station in life. Fans surely know similar souls who have created good families and have built secure careers, but remain perpetually unsatisfied. That combination is often indigestible.

Lily became consumed with Hilary (Mishael Morgan) during the past few years. While concern for her father and brother was legitimate, she came across as nosy and condescending. Lily is smarter than that, but like her husband seemed to have taken her appealing life for granted.

However it happens, Lily is bound to learn of Cane’s betrayal. His subsequent choice to conceal the matter, if it in fact happened, is the actual violation of trust.

Juliet is new in town. So observers, both in that Wisconsin town or in the real world can’t tell if she either used what happened in Tokyo to her advantage, lied to gain leverage over Cane for a job recommendation, or simply made a mistake like the man in question.

It’s fair to assume that ‘Lane’s’ existence will be tested if not ended as a result of this developing situation. Yes, it has the potential to be that serious.

The Bold and the Beautiful Spoilers: Sally Aims High – Both in Business and Pleasure – Can She Beat Steffy?