The Young and the Restless Spoilers: Hilary Knows Lily is a Threat – Jordan About To Jump 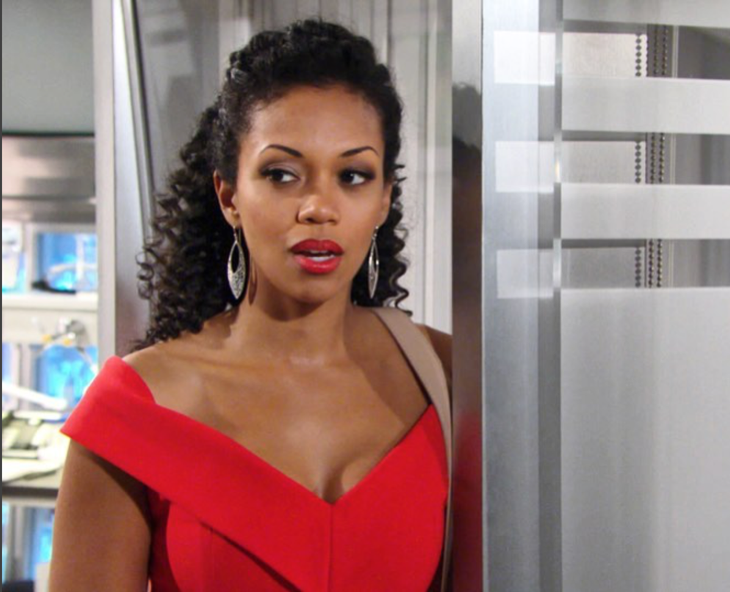 Hilary (Mishael Morgan) isn’t completely over Devon (Bryton James) on ‘The Young and the Restless’. But Jordan (Darnell Kirkwood) has served as a nice rebound for her since ‘Hevon’ ended. However, Lily’s (Christel Khalil) presence, recent words and actions make her a threat.

‘Lane’ is history, like it or not Y&R fans (and this scribe). Cane (Daniel Goddard) had countless chances to either stop the screwy things he was doing, or to at least come clean about them. He missed every opportunity on both accounts, which eventually led to Lily kicking him out of the house.

Jordan Has Lily On his Radar

Jordan and Lily have a personal friendship that dates back to her early days as a model. He renewed his fondness for Mrs. Ashby upon his arrival in Genoa City. But since ‘Lane’s’ troubles began, Jordan has been lobbying for Lily to leave Cane. Now that she has, Jordan has taken his eyes off Hilary.

There’s no doubt that Jordan was smitten by Morgan’s character. But Hilary’s character is something that’s turned Jordan’s head in the opposite direction.

The GC Buzz owner’s constant need to push gossip into the public square isn’t something that Jordan finds attractive. Yes, he shrugged off Devon and Lily’s warnings about Hilary. But as time passed he saw what they meant and now, agrees with them.

Nothing is inevitable in life, or in the soapy life. So ‘Jily’, or ‘Lordan’, if one likes is hardly inevitable. However, without anyone else to turn to it seems as though Lily will increasingly rely on Jordan for comfort and support. Unless Cane finds some way to recapture Lily’s heart, Jordan will be the one pursuing a relationship with her.

Hilary Has To Rethink Her Behaviour

Hilary obviously has a high initial appeal. But she comes with personal baggage that’s fully related to her me-first, next and last personality. If two decent guys in a row weren’t able to tolerate her, who else will?

Sure, Hilary will probably reel in some other man next. But she’s likely to be stuck in a self-dug rut indefinitely. Of course she could always mature. Viewers will be waiting (awhile) for that.

The Bold and the Beautiful Poll: How Will Sheila Eliminate Quinn and Become Eric’s Wife Again? VOTE!

The Young And The Restless (Y&R) Spoilers: Walls Closing In On Chelsea –…

The Young And The Restless (Y&R) Spoilers: Why Kyle Is The Absolute Worst In…