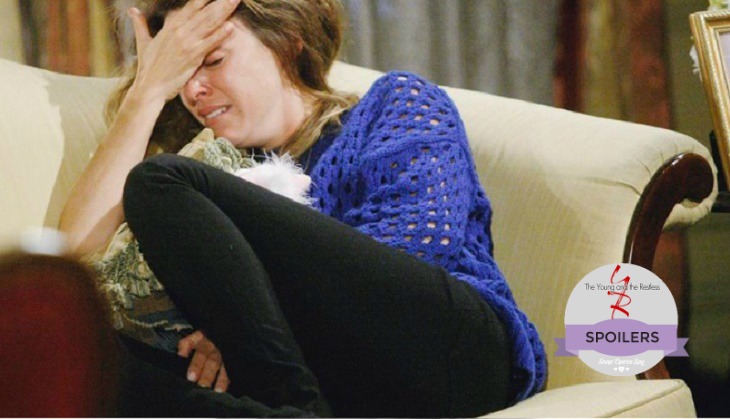 The welcomed return of Chapman to Y&R’s cast in December established the opportunity for likely uproarious storylines in the new year, to which Sally Sussman and her team is delivering.

After unexpectedly arriving (in a Christmas gift box) in Genoa City, Gloria promptly disrupted the lives of her two sons and their significant others. Then, she aimed to settle an old score with none other than ‘Jackie-boy’ Abbott.

Most recently Gloria has been living with Kevin because Lauren (Tracey Bregman) and Michael (Christian LeBlanc) had to kick her out of their condominium, where she was unproductive and had stirred major trouble.

The referenced eviction took place after ‘Glo’ happened upon Fenmore’s spreadsheets which were visible on Lauren’s laptop screen. As soon as Gloria learned that the department store chain was in trouble she advised her daughter-in-law that help would be forthcoming, but it was unwanted.

Lauren’s rejection of said assistance caused Gloria to work behind her back, which scared off two separate proposed silent partner. Gloria’s duplicity led to Michael telling Kevin that their mother was going to be living with him. Kevin’s reaction to that declarative statement offered another shot in a series of hilarious scenes.

Related: General Hospital and The Young and the Restless Alum Jay Bontatibus Dead At 52

Chloe recently decided that Kevin offered safe refuge for Bella (Cali May Kinder). She therefore agreed to move back into Kevin’s house and restart ‘Khloe’. Gloria’s arrival therefore proved to be disruptive, as Chloe was warned by her former mother-in-law that she’d confirm Bella’s paternity. Beyond the obvious butt-in issues, Gloria also leeched off her hosts as she remained out of work.

Gloria didn’t need to download Chloe’s suggested employment apps, as her attempt to blackmail Jack succeeded. So the executive assistant position she’s gained at Jabot offers relief to ‘Khloe’, at least for the time being.

‘The Young and the Restless’ Spoilers: Chelsea Gives Nick A Chance – Chick Flies On Valentine’s Day