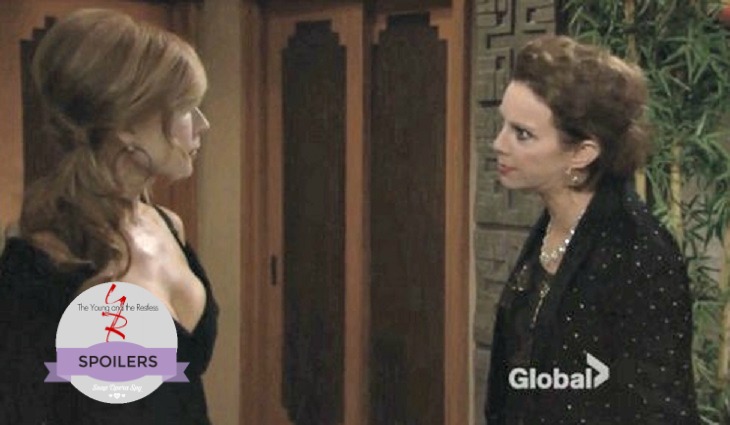 ‘The Young and the Restless’ spoilers tease that Gloria Bardwell [Judith Chapman] may have settled into Genoa City for a longer stay than was expected. There was a time when ‘Y&R’ fans didn’t see think they’d see Gloria ever again.

It seemed as if Jeffrey Bardwell [Ted Shackelford] and Gloria drifted off into the sunset, never to be heard from again.

When Michael Baldwin [Christian LeBlanc] underwent treatment for cancer and ‘Y&R’ fans thought Gloria, the force of nature that she is, would blow back into town like a whirlwind and demand Michael reveal his diagnosis to Lauren Fenmore Baldwin [Tracey E. Bregman].

In August 2016 Gloria’s portrayer took to Facebook and let ‘The Young and the Restless’ fans know they wouldn’t see Kevin Fisher’s [Greg Rikaart] and Michael’s mother.

Not one to wait by the phone hoping maybe TPTB at ‘Y&R’ would call, Judith Chapman took on directing and starring in ‘A Street Car Named Desire’ with ‘All My Children’ alum John Callahan [Edmund Grey] as her leading man.

And then the phone call came from asking the actress to reprise her role as Gloria. ‘Y&R’ spoilers at the time revealed Michael and Kevin’s mother would be home to visit for Christmas,

Fans were hopeful that Gloria would stick around. In previous interviews Judith indicated that she was thrilled to return to ‘The Young and the Restless’ set. It’s almost as if she never left the actress has previously been quoted.

‘The Young and the Restless’ fans got their wish – Gloria has the inside scoop about her daughter-in-law’s failing business and she’s feeding that information to Jack Abbott [Peter Bergman]. The Gloria fans love to hate and hate to love is back.

Gloria could just as easily turn on Jack and head straight for Victor Newman [Eric Braeden]. Gloria survives by any means necessary, even if she needs to connive against her son and daughter-in-law or backstab Jack in business dealings.

‘The Young and the Restless’ spoilers haven’t given fans any clues as to how long they can expect Gloria Bardwell to be in Genoa City. She has very deep family ties and fans hope the writers will keep her in town, reuniting the Baldwin/Fisher family.

Is it possible that ‘Y&R’ fans could see the return of the classy and sassy Gloworm? The residents of Genoa City need somewhere besides the Athletic Club, Crimson Lights and the Underground to hang out and enjoy a delicious meal, a cup of coffee or a cocktail or two.