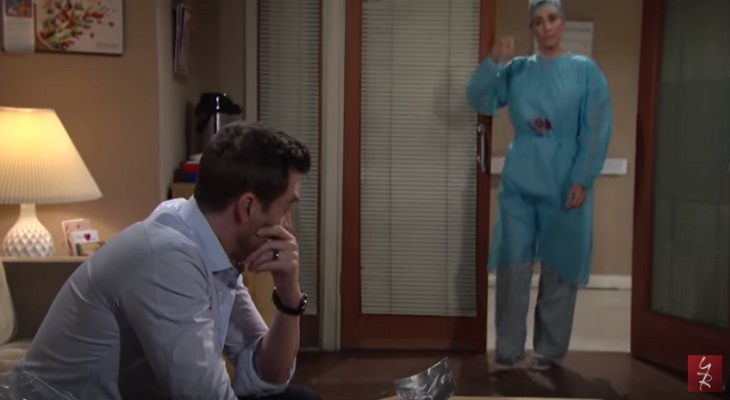 “The Young and the Restless” spoilers for Friday, November 10, tease that Abby (Melissa Ordway) will be excited about her big night. At Jabot, Abby brags to Ashley (Eileen Davidson) and notes that she might be getting a promotion. Talk turns to Dina (Marla Adams) and her sugar packet plunder comes up. Ashley can’t offer an explanation.

Dina arrives later and rants about the Abbotts not wanting her to set foot in the building. At Top of the Tower, Neil (Kristoff St. John) preps Victor (Eric Braeden) and Victoria (Amelia Heinle) on their announcement. Abby, Nikki (Melody Thomas Scott), Noah (Robert Adamson) and Reed (Tristan Lake Leabu) also show up for the celebration.

Nikki agrees to carry on her marriage charade for the evening. She reluctantly poses for Newman family pictures as the event gets underway. At Crimson Lights, Sharon (Sharon Case) and Scott (Daniel Hall) get Crystal (Morgan Obenreder) on board with a plan. They want her to confront Zack (Ryan Ashton) at the party, so she asks for something to wear.

Related: The Young and the Restless Kristoff St. John Reaches Out To His Fans

At the hospital, Cane (Daniel Goddard) and Lily (Christel Khalil) talk about Juliet’s (Laur Allen) death. They also discuss the baby’s condition. He’s hanging on, but the complications have left his life at stake. Lily helps Cane come up with a name for the birth certificate. He settles on Sam as a tribute to his deceased sister, Samantha.

Cane is overwhelmed by the fact that he’s now the only person who can be there for this kid. Lily offers support before she exits. Mattie (Lexie Stevenson) has been given permission to attend the Newman gathering, so she heads over with Reed. They hope to relax and have some fun together.

Noah grumbles about Nick’s (Joshua Morrow) refusal to rebuild The Underground. When Victor suggests his grandson should run Top of the Tower, Noah decides to pass. Victoria manages to talk him into it. Victor eventually announces Victoria as the new COO, which infuriates Abby. The sisters clash over this shocker, but several more are coming up.

Crystal corners Zack with Sharon and Scott. She hurls sex ring accusations, which Zack naturally denies. When Zack threatens Crystal, Scott suggests that he’s acting like someone with something to hide. Abby urges Zack to come clean, but he just deceives her as usual.

Crystal eventually runs in front of the crowd and shouts the truth into a microphone. She notes that Newman Enterprises funded a dating app that’s a front for a sex ring. Crystal points the finger at Zack, who bolts with Abby in the elevator. Scott cries out Abby’s name as he races after them.

Related: The Young and The Restless Christian LeBlanc Gets An Exciting New Job!

Nearby, Dina scoffs at the typical Newman sleaziness. Nikki objects to the comment, so Dina pulls a knife out of her pocketbook and stabs her. Yikes! Someone had better get Dina under control ASAP! We’ll give you updates as other “Young and the Restless” news and rumors emerge. Stick with Y&R to see what’s next in Genoa City.