‘The Young and the Restless’ Spoilers: Billy and Esther Were Wrong – Jill’s Marital Decision To Make 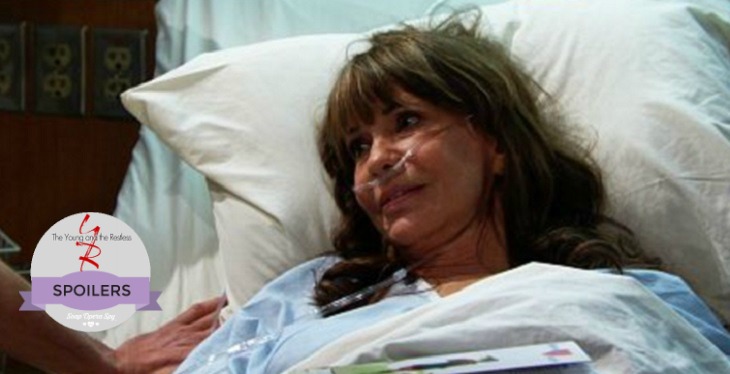 Viewers can think whatever they want to about Colin (Tristan Rogers) on ‘The Young and the Restless’. But like Billy (Jason Thompson) and Esther (Kate Linder), Y&R fans will be just as wrong if they think they know what’s best for Jill (Jess Walton). Mrs. Atkinson is in a weakened physical condition right now, but she’s still fully capable of knowing what’s best where her marriage is concerned.

Long-time daytime drama devotees are surely reveling in the escapades of ‘Jilin’ during recent weeks. The consistently outstanding performances by Walton and Rogers are must-watch soap. Yes, the scenes where Colin was literally pushed out of the Chancellor mansion will surely rank highly in the most-memorable category when 2017 is recalled.

Billy and Esther were acting out of concern for Jill when they decided to box-up Colin’s belongings and evict him from the mansion. Billy also had the locks changed in case the scoundrel tried to slither his way back into the fabled estate. However, as soon as Jill learned what had been done she was outraged.

She is right to believe that it was her decision to make, regarding Colin’s status in her life. Her son and restored maid acted purely on emotion in choosing to make choices where Jill’s world is concerned. To their credit, no one was arguing that Colin should be allowed to stay, or that the money he emptied from Jill’s bank account was somehow approved.

It would be ironic if the unauthorized eviction actions that were taken work in Colin’s favor. Jill surely won’t ever forget what he’s done, but she also still loves the bloke. Now, his homeless status could serve to make him seem sympathetic.

Meanwhile, Colin learned of the changes in his living arrangements from Jack Peter Bergman). He asked the head of Jabot to allow more time where Jill’s business offer was concerned. Colin might gain an opening with Jill if he can help to rescue the Fenmore’s deal. In the meantime, ‘Jilin’ seems far from over.

‘The Young And The Restless’ News: Justin Hartley Dishes ‘This Is Us’ Spoilers On The Today Show – Watch Here!