The Young and the Restless RUMOR: Nick Bankrupts Victor – Kevin Betrays the Moustache 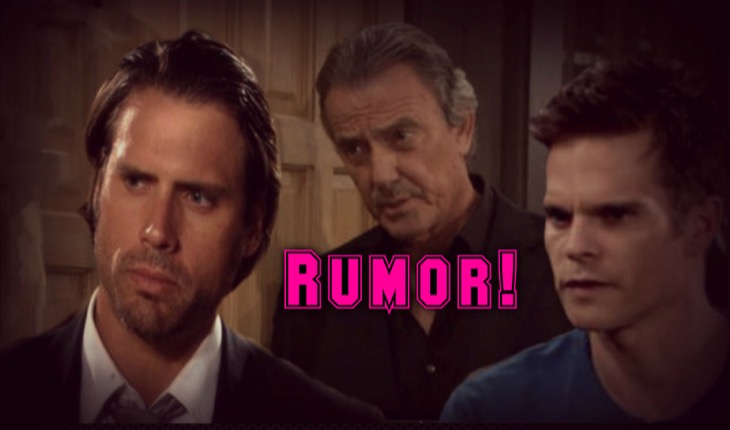 Nick (Joshua Morrow) has been at odds with his father for years on ‘The Young and the Restless’. But a new war will begin after he learns that Victor (Eric Braeden) stole $500 million from his bank account. However, Nick will secretly work with Kevin (Greg Rikaart) to bankrupt the ‘Moustache’.

Hardcore viewers witnessed three Newman offspring, Nick, Victoria (Amelia Heinle) and Abby (Melissa Ordway) take Victor to court a handful of years ago. The result, by order each received half a billion dollars. Digitally skip to this year when Victor decided to rescind his forced generosity, albeit only in regards to Nick.

Related: The Young And The Restless RUMOR: Jack And Phyllis Reunite – Billy Goes Back To Vickie

Rikaart’s unexpected return to Y&R is part of an evolving arc that has Victor cashing in on a debt the Fisher family owes him. Last summer the ‘Black Knight’ allowed ‘Khloe’ to escape to Portland, Oregon. That event played out due to the Victor-Chloe link and her having seemingly killed Adam (Justin Hartley).

Nick’s discovery of the unseemly connection between Victor and Chloe set in motion this battle between father and son that is growing exponentially. Y&R apparently wrote Victor back to bad guy status with this storyline in mind.

Will Kevin Pull A Chloe?

But Kevin will pull a Chloe (Elizabeth Hendrickson), which will then create an unexpected trajectory moving forward. As viewers recall, Chloe outwitted Victor on a number of occasions in the recent past. In an effort to neutralize Victor’s hold over his family, Kevin will mimic his wife’s wariness by helping Nick to bring his father down this Autumn.

Viewers know that Nick and Kevin are in no position to upend Victor right now. Plus, Kevin just told Victor that he’s on board with helping to discipline Nick.

Related: The Young and the Restless (YR) Spoilers: Zack Concerned About Scott’s Story – Abby in Danger

However, devoted Genoa City fans are aware that Victor regularly applies far too much pressure to his chosen minions, as happened to Chloe with terrible results. The continuance of that pattern, along with Kevin’s desire to extricate his wife and daughter from Victor’s grip will enable an alliance with Nick to form. Victor’s money, which is his link to power, will be their target.

Does this projection seem preposterous? Maybe, but it’s soap and therefore plausible.