The Young and the Restless Poll: Will Sharon and Nick Get Back Together? VOTE! 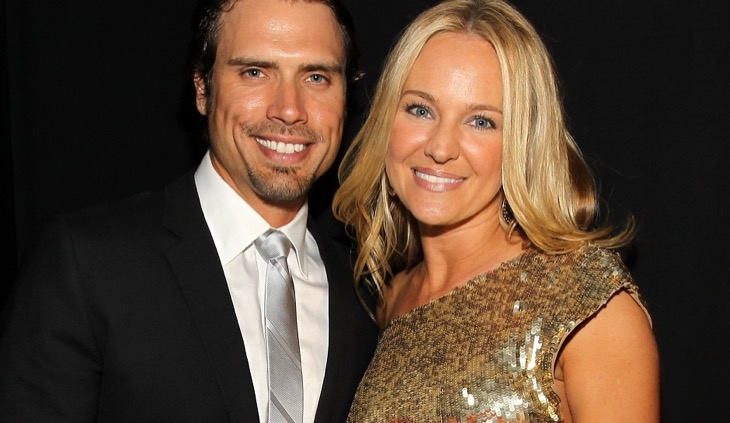 Hardcore viewers of ‘The Young and the Restless’ recall a time when Sharon (Sharon Case) and Nick (Joshua Morrow) were the show’s dynamic couple. Current viewers likely remember that this duo almost remarried in 2014. But will the flashback storyline they’ve been written into result in ‘Shick’ getting back together?

Some may feel compelled to insert add-ons to the question by offering suggestions about whether Sharon and Nick should, or shouldn’t reunite. The direct intent of this article isn’t to ask if they should, but whether they will. However, opinions beyond the main query are welcomed from valued readers.

Nick cared about Sage (Kelly Sullivan), but dealt with her death and moved onto Chelsea (Melissa Claire Egan). Y&R fans knew that ‘Chick’ was purposely paired, due to Justin Hartley’s (Adam) voluntary departure last year. While the new couple storyline felt created, both actors have worked to establish believability and have succeeded (in this scribe’s eyes).

So, ‘Shott’ and ‘Chick’ would obviously need to fall apart in order for ‘Shick’ to have a chance at reuniting. Yes, three mashed couple names were in that last sentence. That must be some type of snarky record.

There are no current issues that threaten Sharon and Scott. However, there is chemistry between Hall’s character and Abby (Melissa Ordway), which obviously telegraphs the betrayal option.

Viewers know that the Christian (Jude and Ozzy McGuigen) paternity secret Chelsea holds is explosive. Victor’s (Eric Braeden) destructive impulses could easily include telling Nick the truth at any point. But the ‘Moustache’ could opt to protect Chelsea’s awareness because he likes her (at the moment).

Nick’s knowledge of his father’s role in Adam’s demise was never passed on to Chelsea. If that point is revealed somehow, Connor’s (Gunner and Ryder Gadbois) mom could evict Nick from the penthouse and from her life.

Most things are possible in the real world. All is possible on the soaps. So, will this one-time couple actually reunite?

Fans of ‘The Young and the Restless’ rightfully express their opinions on a regular basis. So, considering current developments, will Sharon and Nick get back together in the near future? Please vote in our poll below!