The Young and the Restless POLL: Will Devon And Hilary Get Back Together? VOTE! 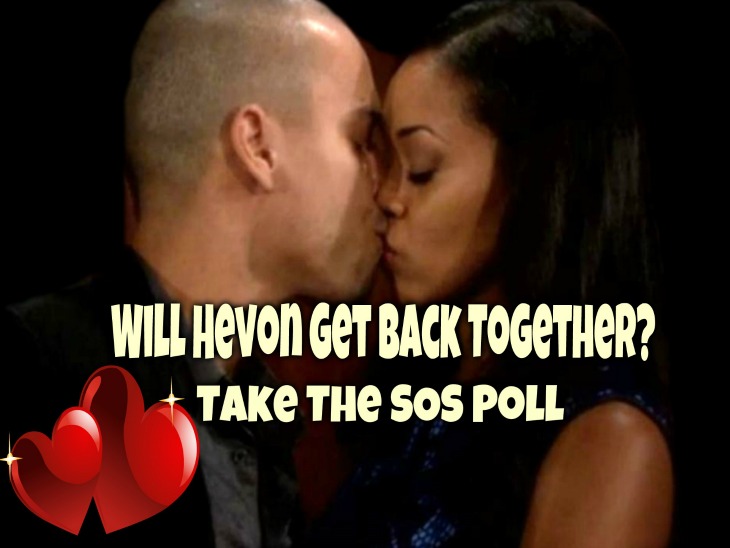 The Young and the Restless (Y&R) spoilers reveal Devon Hamilton (Bryton James) and his ex-wife, Hilary Curtis (Mishael Morgan) have begun to act more civil with each other. Hilary is in the midst of another scandal involving Juliet Helton (Laur Allen), Cane Ashby (Daniel Goddard) and Brash & Sassy. Devon and Hilary have been through some pretty intense moments but seem to be putting the past behind them; what kind of relationship will these two have?

Y&R’s Devon Hamilton has always been bit of a softie when it came to forgiving the unforgivable and moving forward; not that he is a saint when it comes to his relationship with Hilary! Devon has moved on with Mariah Copeland (Camryn Grimes) but it is very possible his connection with Hilary is far too strong to ignore. They had an affair while she was married to his father, Neil Winters (Kristoff St. John), what would stop them from reuniting and by the way they are eyeing each other, this is a clear possiblilty.

Related; GOOD NEWS! The Young and The Restless and The Bold and the Beautiful RENEWED

The Young and the Restless has had many friendships between men and women like Michael Baldwin (Christian LeBlanc) and Phyllis Summers (Gina Tognoni); could Devon and Hilary end up becoming the best of friends without being lovers? Devon seems to be the only one who can tolerate Hilary and his constant obsession with being noticed and her need for fame.

Y&R’s Hilary may have arrived in Genoa City with the intention of destroying Neil and the Winters family; it initially appeared she had gotten past what happened to her mother, but with the latest scandal ruining Devon’s sister, Lily’s (Christel Khalil) marriage and Hilary being the driving force behind Juliet’s “witch hunt”, will Devon walk away from her completely, forgetting she ever existed?

How do you think this former couple will end up, do you prefer to see them as lovers, friends or is it time for them to go completely separate ways? Please take our poll and let us know what you think about Devon and Hilary’s future.

Be sure to tune into CBS’ The Young and the Restless (Y&R) to catch up on everything in and around Genoa City. Check Soap Opera Spy often for updates, news, rumors and spoilers!

Arianne Zucker Explains Decision to Leave Days of Our Lives

The Bold and the Beautiful Spoilers: Coco and RJ Reveal Their Relationship – How Will Steffy React?