The Young and the Restless Poll: Should Billy Marry Phyllis or Victoria? Vote! 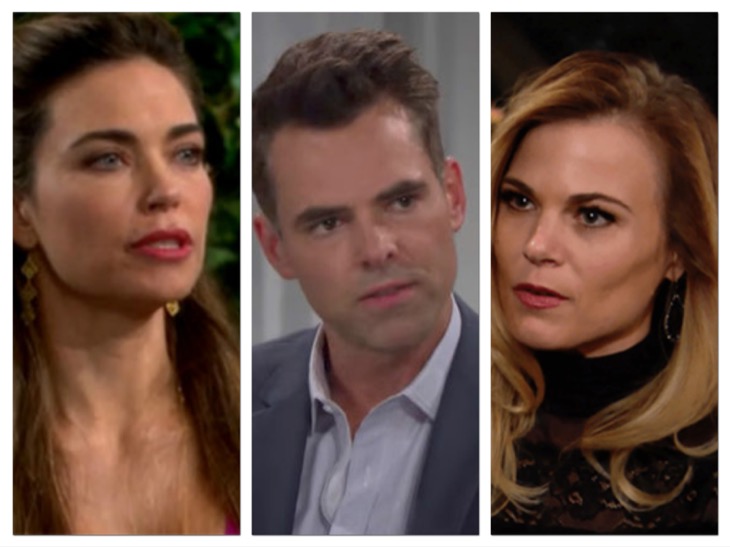 The answer to this question hands a mirror to viewers of ‘The Young and the Restless’. Those who believe that parents should maintain their chosen responsibilities, which mostly importantly means children, may feel that Billy (Jason Thompson) and Vickie (Amelia Heinle) are eternal and should remarry. Others, who think it’s okay to perpetually seek whatever is deemed best for me, myself and I may believe that Billy being with Phyllis (Gina Tognoni) is just fine until the next person turns each character’s head. So, let’s proceed with these philosophical ideas in our minds.

It’s purposeful to anticipate personality types who choose to think that they (and everyone else) all live in gray areas of the globe. But their moral relativist stance isn’t enlightened truth applicable to every soul. Instead, it’s a stance taken based upon their particular lives. Yes, they would likely fall into the Philly club.

There’s an implied deal with marriage. It’s a commitment; traditionally to each other first and then kids follow. The initial time together allows two people to publicly declare their togetherness, which intentionally puts barriers in place so neither side can run for the hills whenever one looks askance at the other. In other words, married couples agree to stick it out and not play house.

The idea behind children following the I do’s is this: They represent a reflection of love, not carbon copies of each side’s ego. Yes, marriage and then child-rearing is buttressed by self-sacrifice. That’s long been opposed by all who push at you, yourself and your agenda.

Related: The Young and The Restless Preview Video Monday, August 7

So are Billy, Phyllis, and Victoria the marrying kind right now? Thompson and Tognoni’s versions of these longtime characters seem to be so. As for Vickie, who knows what this Newman lady wants. At the same time, she’s the most responsible one of the bunch. Vickie has voluntarily chosen to raise the two younger children mentioned above and her son Reed (Tristan Lake Leabu) on her own with scheduled help from Billy.

Relationship choices are never easy. Attempting to analyze who should be with who is so middle school, or junior high for those of us who find the new term to be intentionally modern.

Vickie loves Billy, wants him back and appears to be playing the waiting game. Phyllis finds Billy to be exciting and might love him. He’s the 2.0 version of Jack (Peter Bergman), literally.

Related: Victoria Struggles to Hide Her Actions – Jack’s Sneaky Move – Noah Has a Request for Sharon

But how about Billy? He surely can have either woman. Vickie’s mothering his children. She still tugs at his heart every time. And her name came before Phyllis’ was mentioned in this sentence and in his mind.

Fans of ‘The Young and the Restless’ rightfully express their opinions on a regular basis. So, should Billy marry Phyllis or Victoria? And remember, choosing against nuptials in either case, appears to be self-reflective. Now, please vote in our poll below!

This is Us Gets Emmy Nomination Revoked