The Bold and the Beautiful Spoilers: Bill and Steffy Succumb To Passion 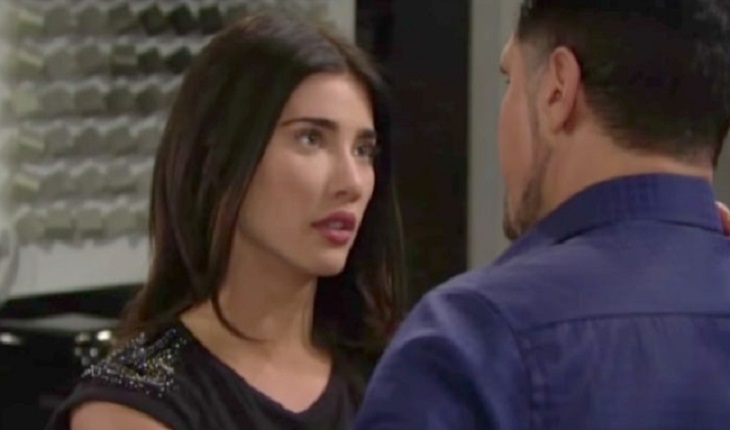 The Bold and the Beautiful (B&B) spoilers reveal “Dollar Bill” Spencer and Steffy Forrester will succumb to their passion. Don Diamont and Jacqueline MacInnes Wood recently discussed the upcoming storyline. An “emotional rescue” was hinted, along with what else fans can expect.

In the latest issue of Soap Opera Digest, the actors portraying Bill and Steffy spoke about the storyline. Don Diamont explained that loyalty is important to him. Brooke (Katherine Kelly Lang) left him when he needed her the most. Fans may disagree with this, but it is how Bill sees it.

The B&B cast member also hinted that Steffy has proven her loyalty, not just to Bill by being there, but by her dedication to reconciling the feuding family members. There is also the fact that the two have a history together.

Related: The Bold and the Beautiful (B&B) Spoilers: Steffy Feels Guilty, But Can She Really Stay Away

As viewers recall, Liam (Scott Clifton) told his wife about Sally Spectra’s (Courtney Hope) kiss. She was heartbroken and felt betrayed. This wasn’t just some random woman, but Steffy’s number one enemy. Jacqueline MacInnes Wood said that it pushed Steffy over the edge.

“So, it took Liam compromising their marriage, and her trust in him, to unlock Pandora’s box and free up Bill and Steffy to succumb to their desire.”

The Bold and the Beautiful spoilers reveal what is going through Steffy’s mind. Not only is her father-in-law comforting her, but builds up her confidence and self-esteem.

“Steffy feels that her husband has turned his back on her and here’s Bill coming to her emotional rescue.”

Due to the amount of time the two have been spending together, they are closer. Bill has shown his vulnerable side, and Steffy has done the same thing.

Related: The Bold and the Beautiful POLL: What Do You Think Of A Bill and Steffy Hookup?

The Bold and the Beautiful spoilers hint that this might not be an isolated incident. Diamont revealed that Bill always felt something for Steffy. However, when she got together with Liam, he had to bury those feelings. It was also teased that they will use passion to explore their wants, needs and desires in a “wild and animalist” way.

What do you think is going to happen with Bill and Steffy? Keep watching the CBS soap and check back with Soap Opera Spy for the latest in The Bold and the Beautiful spoilers, updates and news.

Hollyoaks Spoilers: Luke’s Secret To Be Exposed – What About Mandy?