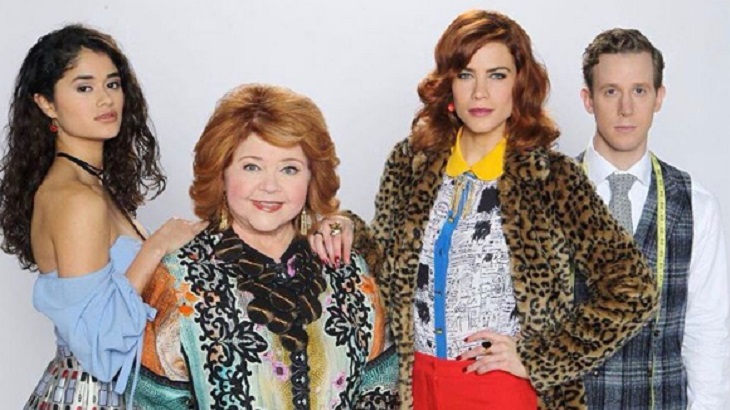 Fans were taken by surprise today when a new Sally Spectra (Courtney Hope) was shown on “The Bold and the Beautiful.” Now, you can expect  much more where that came from.

Bradley Bell revealed since the 30th anniversary is coming up on March 23 that he has been thinking of ways to play with the soap opera’s rich history. What better way than to bring some of the Spectra’s back?

That’s where the new Sally Spectra comes in. She will be the granddaughter of Shirley. So the young lady we seen today is Sally Spectra’s grandniece and her namesake.

There will also be Alex Wyse playing the part of Saul’s grandson, also named Saul. Then we will have a new Darla who will be Darlita which is played by Danube Hermosillo. So this will bring back some great excitement to show. Are you B&B viewers loving this idea?

Our new Sally will have high hopes of becoming a designer. The old Spectra Fashions is about to be hit by a wrecking ball thanks to Bill Spencer (Don Diamont) who wants to tear it down and put up a skyscraper. That’s where another character will be making a comeback and that is Mick Cain as Sally’s son C.J. He will own the building so it will not be that easy for Dollar Bill.

So B&B fans the new line of Spectra’s will bring lots of real drama and new issues to the show as well. So get ready! Stay tuned to CBS’s “The Bold and the Beautiful” for all the excitement to come.

Don’t forget to check often with Soap Opera Spy for all your latest Bold and Beautiful spoilers, news, updates, and much more.

SPOILER ALERT: Meet Spectra, the next generation! Link in bio to see what we’ve been up to! @boldandbeautifulcbs @boldinsider @CBSDaytime @BandB_CBS

General Hospital Spoilers: Ava’s Secret’s Not Safe – Sonny Puts On Pressure, Will Ava Pay For Her Part In Morgan’s Death?