The Bold and the Beautiful RUMOR: Bill Bribes Steffy’s Doctor To Make Liam The Baby Daddy? 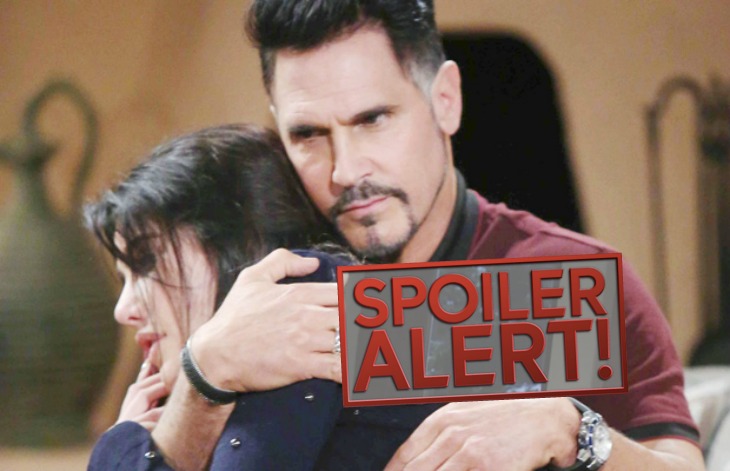 The Bold and the Beautiful spoilers indicate that Bill Diamont will bribe Steffy’s doctor in order to give her the results she wanted for her pregnancy test. As a matter of fact, it was Steffy who caught Bill acting very suspiciously at her doctor’s office. Bill and Steffy had a very steamy one night stand behind Liam’s back. And now Steffy doesn’t know if she’s pregnant with Liam’s baby or with his father’s.

According to Bill, he wants to do the right thing by saving Liam and Steffy’s marriage. He almost told Justin Barber the entire truth about what he did, but left out one very critical detail. Justin tells Bill that he knows he intended to take Steffy on vacation with him. That’s when Bill tells him the truth about his one night stand with his daughter-in-law. When Justin asked Bill if he were the father, he didn’t respond. Spoilers say that Bill never tells Justin that he is the father.

This secret just got even more complicated. #BoldandBeautiful pic.twitter.com/1o4EEUVZ3f

Meanwhile, Steffy finds Bill at her doctor’s office. Bill says that he went there to check up on her, but that’s not the truth. Instead, he bribed her doctor to give her a positive false result. He wants to make sure that Liam is the father of Steffy’s baby. At first, the doctor didn’t want to comply with Bill’s demands. But given Steffy’s history with miscarriages, Bill convinced the doctor that telling Steffy that he is the father will put her at risk. Not only will it destroy her marriage with Liam, but it will put her under an enormous amount of stress.

General Hospital Spoilers The Week Ahead Jan 1 to 5: Confrontations, Danger and Secrets Exposed