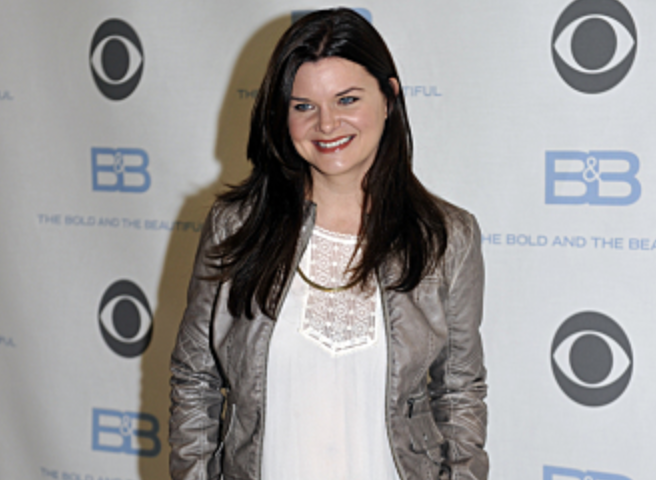 The Bold and the Beautiful (B&B) news reveals Heather Tom, who portrays Katie Logan and the mother of 5-year-old Will Spencer (Zane Achor) may not be seen on-screen any time soon. She makes it very clear that this is not written in stone and the definite explanation, but she feels since he is now school-age, he could very well be sent off to boarding school; which happens to most youngsters on television series and especially soap operas.

B&B sources tease that young Will Spencer has been a source of contention between his mother Katie Logan (Heather Tom) and father, Bill Spencer (Don Diamont) for a long time now. While pregnant with Will, Katie went into premature labor and almost lost him and then she suffered from severe postpartum depression, causing her to push Bill towards her older sister, Brooke Logan Spencer (Katherine Kelly Lang) so will wouldn’t be without a mother if something happened to her.

The Bold and the Beautiful Spoilers remind fans that Bill and Katie have had a love-hate relationship pretty much from the time they’ve met, with him even attempting to take full custody of their son when he found out how sick Katie was and again when she began to drink excessively, and needed to seek treatment after she nearly killed herself and her son when she passed out drunk after baking cookies and leaving the oven on.

Will may be sent off to school as Heather Tom predicted but you can be sure he will continue to be the central issue between his parents, especially when Bill figures out that the new man in Katie’s life is his own son, Wyatt Spencer (Darin Brooks). How do you feel about the possibility that Zane Achor (Will Spencer) could be sent off to school and maybe returning as an older boy?

Be sure to tune into CBS’ The Bold and the Beautiful (B&B) to find out what happens with Will and what his departure will mean to Katie and Bill. Check Soap Opera Spy often for updates, news, rumors and spoilers!

The Young and the Restless Spoilers: Chelsea Is In Danger – Christian Paternity Secret is Victor’s Weapon