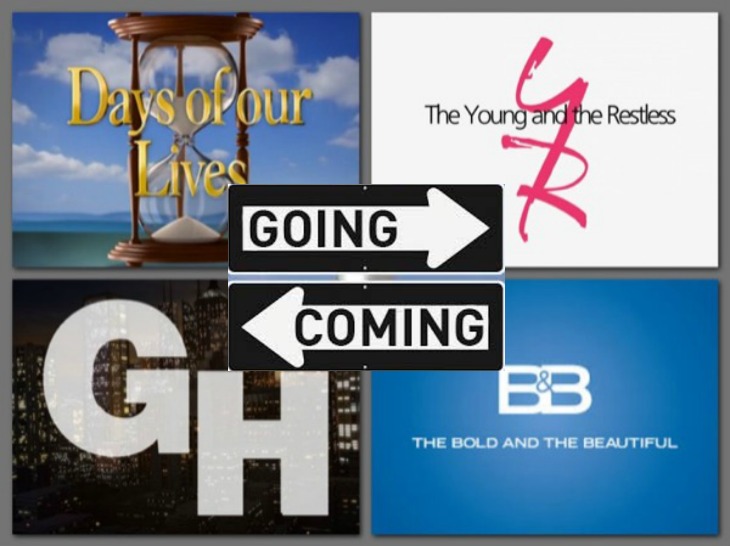 There has been a lot of comings and goings scoops this week. And, it looks like the Week of September 25 will not be any different.  From General Hospital to Days of our Lives to The Young and the Restless to Bold and the Beautiful, read all the newest casting scoops below.

Days of our Lives

Dylan Nichols, Stephen Nichols real-life daughter, will make an appearance in Salem during the week of September 25.

Paul Telfer will return as Xander Cook when he reaches out to Victor (John Aniston).

Robert Scott Wilson will return as Ben Weston.  In a tween, Robert doesn’t reveal how long Ben will be around but calls his storyline “shocking and one no one saw coming.”

Robin Strasser teased that she could be joining the cast.  She suggested fans could see her as early as January on the show

Jennifer Bassey will play Quinn, a publisher who will appear for Man Lander’s book party.

Alla Korot will appear as Darya, a nurse at the Russian clinic Ava Jerome (Maura West) Is being treated.

Jessica Tuck will play the reclusive criminal that Anna (Finola Hughes) is investigating.  She will be around for quite a while, Soap Opera Digest reported.

Jason Thompson’s wife had their second child on September 20.  Billy Abbott will not experience any breaks as Jason prepare ahead of time and taped several weeks ahead.

Greg Rikaart will continue his arch as Kevin Fisher.  Kevin will continue to figure out the best way to hack into Nick’s (Joshua Morrow) accounts without him finding out.  When this all goes downhill (let’s face it, it will), the Y&R fans hope Victor (Eric Braeden) won’t throw Kevin under the bus.

Beth Maitland will return the week of October 9.  It’s a possibility she will return to help the Abbotts with some family emergency after Dina Mergeron (Marla Adams) finds out about Graham’s (Max Shippee) true identity.

Kym Douglas will play Sharon, a Spencer Publications employee on Tuesday, September 26.   She is the wife of Y&R fan-favorite, Jerry Douglas.

Soap Opera Ratings Week of September 11 – 15: The Bold and the Beautiful Jumps as DOOL, Y&R and GH Slide Backwards