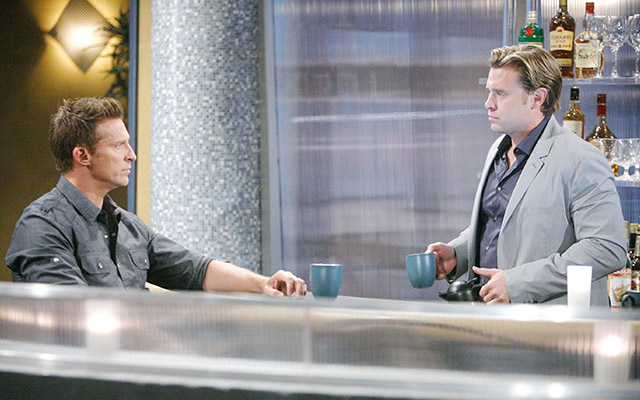 While everyone is trying to figure out the tale of two Jason’s on General Hospital, Billy Miller and Steve Burton don’t seem to be very concerned. At least not off screen! The two actors recently revealed that even though both are apparently vying for the title role of Jason, Billy Miller and Steve Burton aren’t letting their work get in the way of their friendship. That’s because the two actors have been good friends for several years now.

Steve Burton recently revealed that he and Billy Miller go way back. They first met in 2013 when Billy joined the cast of The Young and the Restless as Dylan McAvoy. When Billy decided to leave the show to take on his new role as Jason on General Hospital, the first person he called was Steve.

Steve told Soap Opera Digest in a new interview, “I heard rumblings about it once it happened. Billy and I talked. He and I were friends on The Young and the Restless, we worked together, and I was thinking like ‘Man, like who could do it?’ And you know, Billy can do it. [So], he called me and said, ‘Hey, I’m doing it,’ and I said, ‘Cool, go do it.’”

When Steve found out that he is returning to General Hospital, he called Billy to let him know the good news out of respect, too.

He told the publication, “I called Billy before I came back. I said, ‘Hey man you called me when you were taking Jason and obviously, you heard I’m coming back. I just wanted to tell you I’m looking forward to it and I hope you stay because I think we’re going to have some cool story.”

It’s great to see that Billy and Steve have such a great friendship that is built on mutual respect for one another! General Hospital airs weekdays on the ABC network. Drop us a line with your thoughts in our comments section. Also, don’t forget to check back with Soap Opera Spy for all the latest news, updates and spoilers on General Hospital and all of your favorite daytime television shows right here!