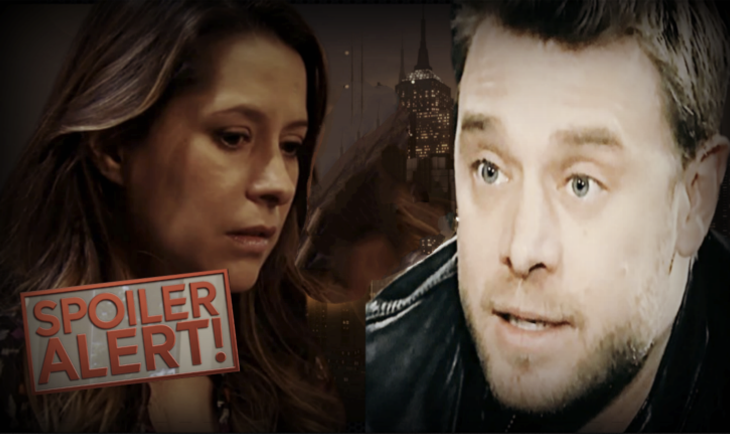 General Hospital (GH) spoilers for the week of Monday, November 20th tease that we will have a week filled with frustrations, reunions, and plenty of drama! Although it is going to be a shorter week it is still going to be full of exciting discoveries and you will not want to miss a moment of the action.

As we all know Robin Scorpio-Drake (Kimberly McCullough) recently returned to Port Charles and had a serious, but yet revealing conversation with Jason/Patient 6 (Steve Burton). This week Robin is going to reunite with her family and friends. Anna Devane (Finola Hughes) will be thrilled to see her daughter. Mac (John York) and Felicia (Kristina Wagner) Scorpio will also be over the moon to see Robin back in town. After the happy reunion Robin will head over to Sonny Corinthos’s (Maurice Bernard) place where she and Carly Corinthos (Laura Wright) will have a conversation about both Jason’s and how they believe “their” Jason is back.

Robin will come face to face with the man who she thought was Jason (Billy Miller) which she now believes is Drew and things will be very tense. Jason believes he is the original and will become more frustrated that his friends are doubting his identity.

Nathan West (Ryan Peavey) will be under fire this week after the news of him not really being Ask Man Landers is out. Do you think Maxie Jones West (Kirsten Storms) and Nathan West are going to automatically assume it was Chet Driscoll (Chris Van Etten) that told? We all know that it was Nelle Benson (Chloe Lanier) that sold the information, but how long do you think it will take for Nathan and Maxie to figure that out? This could end very badly for Nathan West and he could be at risk of losing his job at the PCPD.

Tamara Braun Will Make Her Debut

You can also expect Thanksgiving to take an interesting turn over at the Corthinos’s place. Carly sent an invite for her daughter’s (Eden McCoy) boyfriend’s mother to join in which she will. Tamara Braun will make her debut back at GH this week as Kim Nero. Are you excited to have her back? Does it bother you that they brought her back as a different character?

As for the other residents of Port Charles, Michael Corthinos (Chad Duell) will be standoffish. Olivia Falconeri Ashton (Lisa LoCicero) continues to know her place at Monica Quartermaine’s (Leslie Charleson) and the two ladies will clash yet again. Ava Jerome (Maura West) will continue her quest and Alexis Davis (Nancy Lee Grahn) attempts to make amends.

Make sure to tune in to ABC’s General Hospital to see how this all plays out. An encore episode will air on November 23 and the show will be pre-empted on November 24.

The Young and the Restless Weekly Spoilers November 20 to 24: Thanksgiving In GC – Jordan Wants Revenge – Victoria Makes A Power Play