General Hospital Spoilers: OLTL’s Nora Buchanan Is On The Case! 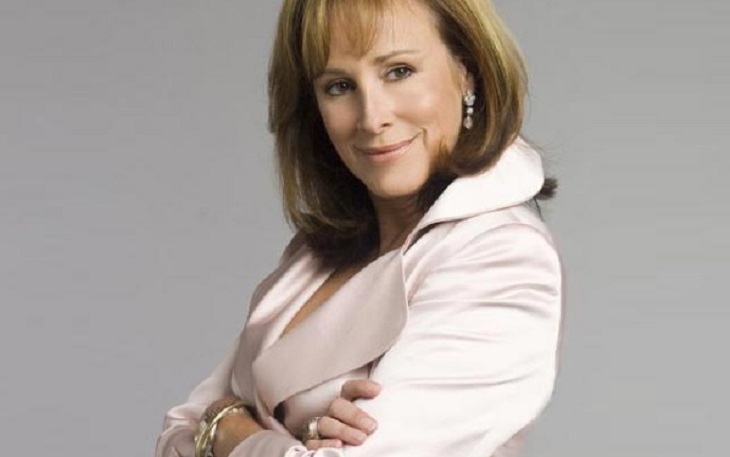 General Hospital (GH) sources reveal that Nora Buchanan, portrayed by Hillary B. Smith has already landed and left Port Charles; and fans haven’t even captured a glimpse of her yet.  She will be airing starting Monday, March 6, 2017.

It would appear that neither of General Hospital’s legal eagles is able to handle this case.

Diane Miller (Carolyn Hennesy) has had her hands full with her best friend, Alexis Davis (Nancy Lee Grahn); trying to keep her sober and trying to get her license to practice law back; so it would make sense that another superb attorney like Nora Hanen Buchanan would come to the rescue.

General Hospital spoilers reveal she is brought to Port Charles because someone is in serious trouble and she is THE expert to turn to for such cases.

This leaves GH fans wondering which criminal she will be representing, as currently there are several people who at the very least deserve to be punished for their crimes.

Liv St. John/Jerome (Tonja Walker) who planted the bomb that killed Morgan, along with the attempted murder of both Jason Morgan (Billy Miller), Curtis Ashford (Donnell Turner) and Samatha Morgan (Kelly Monaco) and her unborn baby.

Alexis Davis was never prosecuted for nearly killing Julian Jerome in a hit-and-run.  There are way too many citizens of GH’s Port Charles that have secrets and committed crimes, there is no real answer to who she will be representing.

Hillary B. Smith admits she was thrilled to hear that ABC obtained the rights to “Nora Buchanan” and immediately jumped at the chance to play the role she portrayed for 21 years.

She was very excited to work with soap opera legends like Genie Francis (Laura), and Finola Hughes (Anna).  Of course she was able to reunite with people who worked with her on One Life to Live (OLTL); like Michael Easton (Finn) and Roger Howarth (Franco).

Sadly she has already wrapped up her stint, admitting she isn’t looking for a contract role but would love to return for visits.  How do you feel about Nora arriving in Port Charles?

Be sure to tune into ABC’s General Hospital (GH) to catch up on all the fascinating stories happening right now, and do not miss Nora Buchanan’s debut on Monday, March 6, 2017.  Check Soap Opera Spy often for updates, news, rumors and spoilers!