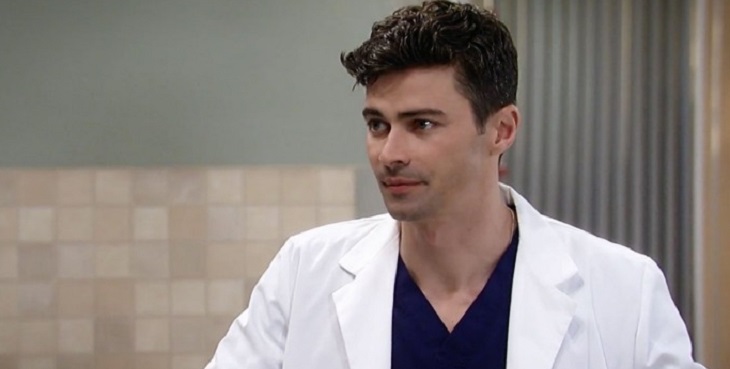 General Hospital spoilers indicate that Port Charles’ hottest new couple will stir up some major drama on the ABC soap opera in coming weeks.  Since Maura West and Matt Cohen began sharing scenes on GH, the sparks have been flying!  So, what’s next for Ava Jerome and Griffin Munro?

As you all know, Cohen is no newbie to television dramas, and is well known for his former gig on Supernatural.  But, according to the General Hospital cast member, the role of Griffin is by far his most “complicated yet.”  No kidding!

As far as the future of Ava and Griffin, which we are all dying to know about, Cohen was rather vague.  But, he did tease that he hopes that Griffin “goes to the dark side.”  Can you imagine Griffin and Ava as the next Port Charles power couple, wreaking havoc?

Do you want to see Griffin and Ava together for the long run?  Share your thoughts in the comments below and check back for more GH spoilers right here!