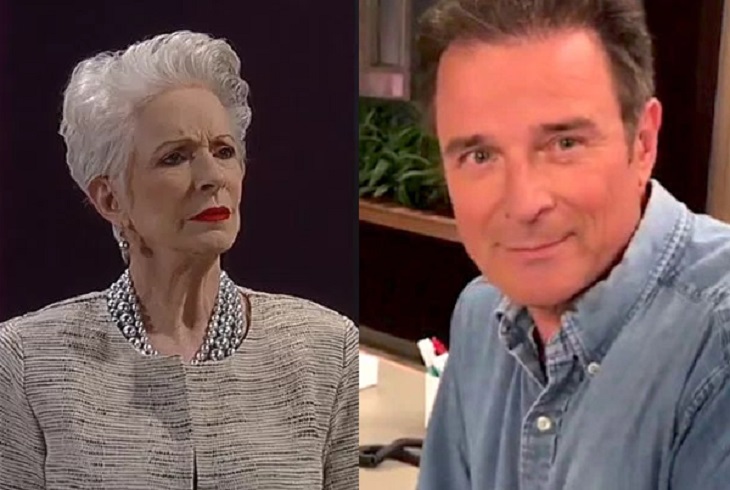 ABC super-soap General Hospital has been gifted of late with the contributions of two powerhouse, veteran, daytime drama performers. James DePaiva (ex Max Holden, One Life to Live) and Jennifer Bassey (Marian Colby, All My Children) delighted viewers with their recent guest roles. The only negative to be found in this glorious situation is that they came and went way too fast!

But wait: apparently there’s more! That’s right soap fans, we can now confirm that we haven’t seen the last of either of these uber-talented actors. Yea!

GH’s co-head writers Jean Passanante and Shelly Altman dropped the good news in a recent sit-down with Soaps in Depth.

We last saw DePaiva’s Dr. Bensch earlier this month when he encountered confused Sam (Kelly Monaco). I’m not sure this is good news for Sam, seeing as how it means her symptoms will continue, but we’ll continue to see the good doctor treat the unstable mom.

According to Passanante, easy-on-the-eyes DePaiva will continue to help Sam as she journeys through her illness, and he will remain once the crisis is over.

Hilariously comedic Bassey will also pop back up in Port Charles, in her role as publishing queen Quinn. Will she burst the ever-expanding bubble of deceit that is Man Landers?

Erstwhile Nathan (Ryan Paevy) can’t keep cuffing perps by day and pseudo-inhabiting the popular columnist for too much longer. Can he? I’m half expecting super-spy Spinelli (Bradford Anderson) to burst into town and bust his charade any day now!

Altman foreshadows the inevitable by noting how complicated the plot has become. I mean, half of Port Charles is quoting the wise and witty Man Landers!

“Sooner or later … the house of cards will have to collapse!” says Altman.

I vote for later if it means having Bassey on our screens. Being able to watch Bassey and DePaiva after all these years has been thrilling for ABC soap fans who still remember serial romancer with a heart of gold Max Holden and mom of the year (not!) Marian Colby.

Days Of Our Lives Spoilers: Will Abigail Survive Getting Hit By Car?

The Young and the Restless Spoilers: Cane Pays Jesse – Billy Realizes the Truth