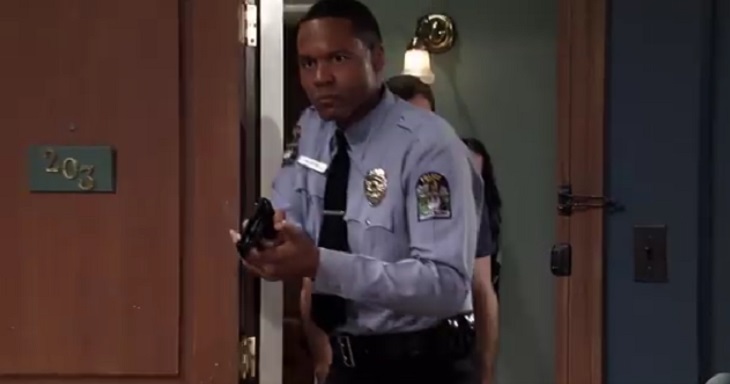 General Hospital (GH) spoilers tease that the ABC soap opera is about to heat up in so many ways. You will not want to miss it!

The newest ABC General Hospital video promo teases that “The hotter the couple, the thinner the line, between love and revenge.” So, we are definitely going to have some action packed scenes heading our way. Some we may love and some we may even hate.

With Alexis thinking that her ex-husband Julian Jerome was dead it made a bunch of old feelings come back to the surface especially after reading the letter he wrote for her.

There is no denying just how much that she still loves and cares for him. You see Julian Jerome telling Alexis to just give him the night. The night is about all he has because soon Julian will be facing the consequences of his actions that he took part in with his crazy sister Olivia Jerome (Tonja Walker).

Meanwhile across town Sonny (Maurice Benard) and Carly Corinthos (Laura Wright) are both gunning to get payback! Revenge is on their minds and when that happens who ever it’s coming for better what out. We already seen Sonny get a little revenge on Jax (Ingo Rademacher). Carly is not very happy with Sonny right now. So will she do something to get back at him?

Carly Corinthos will also be going after Nelle Hayes (Chloe Lanier). She is ready to make her pay for all that’s she done. It’s about time that someone makes her pay. She has caused so much chaos in the Corinthos clan. She must certainly pay for the heartache that she has caused others to endure.

Although, Nelle will still be working hard on making amends. It’s a little too late for that! Are you GH fans ready to see Nelle pay? Make sure to stay tuned to ABC’s General Hospital to see how this all goes down! Don’t forget to check often with Soap Opera Spy for all your latest General Hospital spoilers, news, updates, and much more right here.