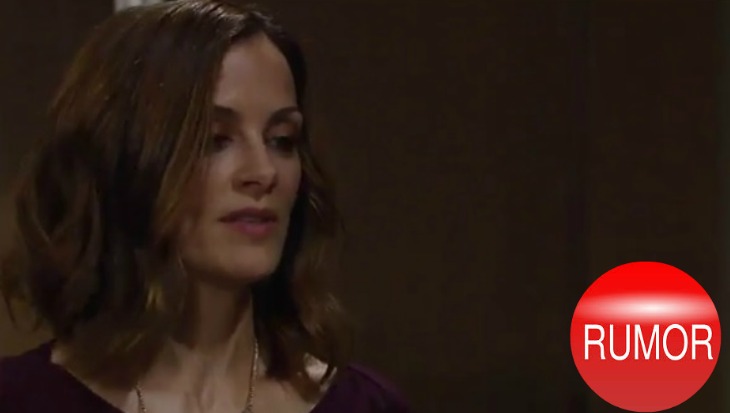 General Hospital rumors hint that someone in Port Charles will find out they are pregnant during May Sweeps this Spring?  Could it be Hayden?

It’s been two years since Rebecca Budig arrived in Port Charles as Hayden Barnes. Hayden was hired by Ric Lansing (Rick Hearst) to appear as Jake Doe’s (Billy Miller) wife. Ric was desperate to break up Jake Doe and Liz Webber (Rebecca Herbst). Who knew the day Hayden appeared at Liz’s doorstep they would eventually be long lost half sisters?

Hayden has experienced a lot of heartache sprinkled with love occasionally. She’s currently struggling with her love for Dr. Hamilton Finn (Michael Easton) and his addiction to Zen-Zen.

Finn was successful in developing a cure that saved Hayden’s life after she was diagnoses with Blackwood’s Syndrome. Hayden was exposed after being cut on a piece of glass in the hospital’s lab. Hayden was on the road to recovery when they decided to begin a romantic relationship. As sweet as the victory was it was darkened by the revelation that Finn was addicted to Zen-Zen.

Finn admitted to being an addict but chose to detox at home. Hayden spent the first grueling night helping him thought the horrid process. Finn became verbally abusive and somewhat aggressive to Hayden. 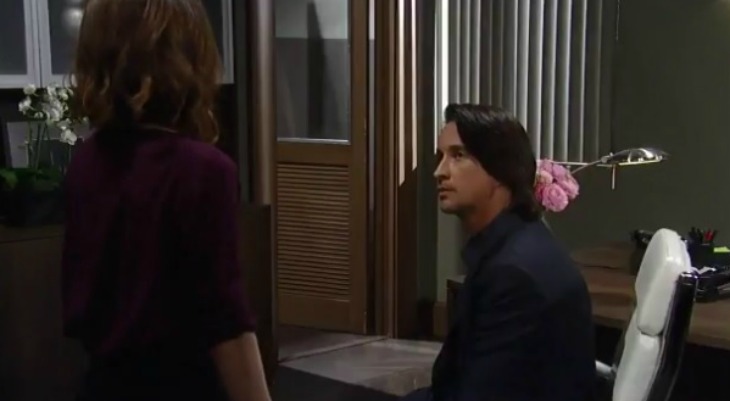 Hayden is hurt emotionally more than physically. Finn regrets the hurtful words but doesn’t lessen the pain. Hayden made the difficult decision to end their brief relationship. She admitted to Curtis (Donnell Turner) she loves Finn but can’t go down this long road with Finn without him going to a rehab facility.

However, Finn finally decided to go to a rehab facility after waking up in the hospital. He suffered a beating after a drug deal went wrong. Admitting to Monica (Leslie Charleson) he had been treating patients while under the influence of the drug.

Hayden may face another hardship as a May Sweeps rumor is swirling that she’s pregnant. Hayden’s challenges with Finn will increase in a huge way if this rumor comes true. She may struggle with keeping the baby.

However, telling Finn could be more motivation for him to stay clean. There is the unknown if Finn and Hayden are still attracted to each other after he completes rehab. Finn told Hayden she may not like who he is without being under the influence of Zen-Zen. Hayden wouldn’t accept him in a relationship just because she’s carrying his child.

Tell us your thoughts, do you think Hayden will be pregnant? Do you want this couple back together?  Let us know what you think in the comments below, and don’t forget to check Soap Opera Spy for more GH spoilers and rumors right here.

‘The Bold and the Beautiful’ Spoilers: Eric Demands Truth From Ridge – Katie Threatens Quinn – Brooke Makes a Promise to Bill