General Hospital POLL: Who Do You Want To Be Kristina’s New Love? VOTE 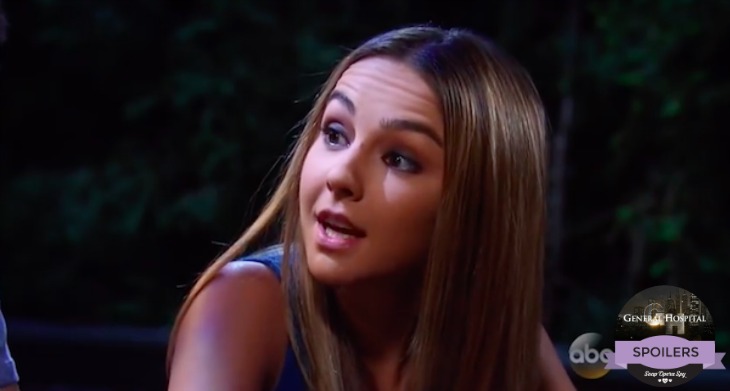 As most long term soap viewers are aware, summertime is traditionally the period when the powers-that-be at General Hospital bring out the younger characters and start centering more of the plot lines around them. This is done to attract younger, or even teenage, viewers that are out of school, available for viewing, and can identify better with characters their own age.

That may be why we are starting to see more of a shift on GH toward the children of Sonny (Maurice Benard), Carly (Laura Wright), Ava Maura West), and Alexis (Nancy Lee Grahn. While the former characters are still front burner, it is also very important to bring the younger set to the forefront, like a certain Ms. Kristina Corinthos-Davis (Lexi Ainsworth).

Kristina fans were promised a big story by producer Frank Valentini (on Twitter), and an age appropriate, female love interest. However, we still haven’t seen much of Krissy, except when she is rolled out to prop Sonny or scream at Alexis. The sexually-fluid character did get a shot at performing at the Nurse’s Ball, but she may have been there just to promote her up-until-then off-camera friendship with Amy (Risa Dorken). Or, was it for other reasons? Like a chem test/Burt’s Bees ad with a certain available lady?

Many fans speculated that, given the huge push behind the then-invisible Amy/Kristina friendship, and Frank’s own words, that Amy was slated to be Ms. Corinthos’ tentative gal pal. However, given the ping-ponging of Amy’s romantic interests between her high school crush Dillon and her identity theft victim Nathan, it seems that she only plays for one team, and it’s not Krissy’s. However, Kristina herself is also attracted to guys and doesn’t commit to labels, so Amy could change her mind. Think Bianca and Maggie on All My Children. It happens. 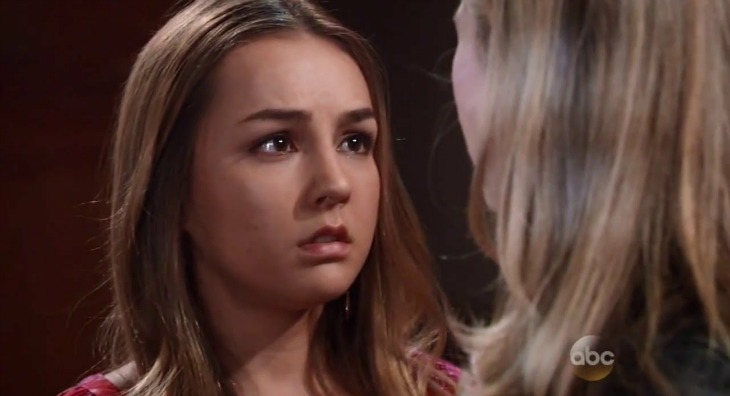 However, like it was suggested above, if Kristina could capture the heart of any seemingly straight woman on canvas, I hope it is Valerie Spencer (Brytni Sarpy)! Their pseudo-commercial for lipstick could have looked forced, but the ladies made it work with the fantastic chemistry that they seemed to generate. After all, for all we know, Val could be bisexual, but the subject just never came up. Or, she finds herself drawn to Kristina, even though she had never been attracted to women in the past, like Olivia and Natalia on Guiding Light.

This will not only open up story for Val and Krissy (both legacy characters that should be on contract), but it will open up storyline possibilities for Dante (Dominic Zamprogna) outside of Lulu (Emme Rylan) and her baby rabies. What will Dante feel about his kid sister smooching on his former mistress? What will future Thanksgiving dinners at Sonny’s be like? And, while many fans feel that Krissy should never have been friendly with the girl who nearly broke up her brother’s marriage, they should be reminded that Kristina also slept with a married woman and broke up her home. She doesn’t have the ethical high road here.

Another interesting match would be the pairing of Kristina with another fellow homewrecker – Nelle (Chloe Lanier). Not only would the “Sonny” dynamic make it worth watching, but I would love to see too-close “siblings” Michael and Kristina come to blows over a shared love interest. It may actually make Michael interesting! After all, the “Michael (Chad Duell) vs. Morgan (Bryan Morgan) over Kiki (Hayley Erin)” story was the most alive that we had seen his character in years.

So, who do you want Kristina’s mysterious lady-love to be? Do you want Valerie, Nelle, Amy, or a completely new character? Let us know in the comments below.

The Bold and the Beautiful POLL: Who Does Quinn Belong With – Eric or Ridge? VOTE!