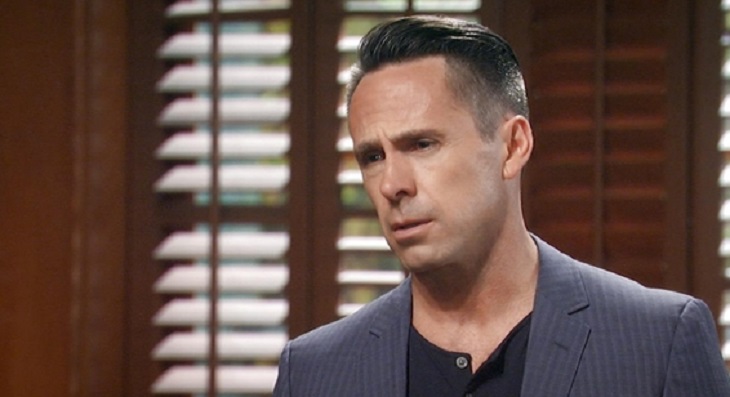 “General Hospital” spoilers reveal that we might have seen the last of Julian Jerome (William deVry). deVry has been in contract negotiations for a while now and has not taped anything since June 30th, so his last air date (for now) will be airing soon. William deVry’s contract came up at an unfortunate time in Julian’s storyline, with Sonny (Maurice Benard) going out of business and all.

According Soaps In Depth, “General Hospital” would like for William deVry to be back in the studio sometime in September. However, a later date, perhaps in October, would work better for William deVry.  Sadly, the soap and deVry have yet to be able to come to an agreement.

Fortunately, “General Hospital” has set it up in Julian’s storyline to be open ended, if William deVry was to return. Julian is currently in the hospital, so his fate has not been determined yet, making it easy to keep their options open. Julian could be gone for as little or as long as needed.

William deVry did share, “I’m auditioning a lot. I’m on hold with a couple of things and we’ll see. I mean, I want to come back… so we’ll see.” One of those auditions was for the new show “Taken” on NBC. William auditioned to play Jennifer Beals’ love interest and yes, he is a bad guy. William deVry’s fans have let be known that they want him back in Port Charles. However, no new contract has been signed just yet.

The Young and the Restless Spoilers: Victor Wants To Humiliate Nikki and Nick – Business blocks and Alimony at Stake

The Young and the Restless Spoilers: Phyllis Hopes Ben is Billy-blocker – Vickie Positioned for Money and Love