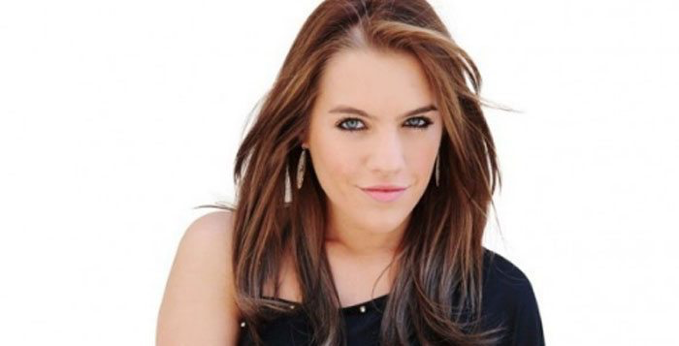 ‘General Hospital’s (GH) Kristen Alderson took to twitter recently and teased her fans about the possibility of a return to the city of Port Charles. Alderson portrayed the role of Starr Manning back in February of 2012 where she was introduced to viewers of the daytime soap as a young woman who drove into Port Charles along with her boyfriend, Cole Thornhart and had her daughter, Hope in the backseat.

Of course! I told them a while ago that I'd love to visit!😊 https://t.co/MHUQKhDeav

Tragically, their car crashed and both Hope and Cole were presumed dead and she later found love with Michael Corinthos (Chad Duell) after he rescued her from the crash site. The two had a romance for almost a solid year then Starr Manning departed from Port Charles and was called back to Llanview due to a family emergency.

A few weeks later, Starr phoned Michael and broke up with him over the phone. Then in 2013, Alderson returned to General Hospital and played the role as the wild Kiki Jerome who was introduced to us as the daughter of Ava Jerome (Maura West).

This is great news indeed. Although, nothing is official just yet, it certainly is a possibility for a Starr Manning return or perhaps a totally different character. Now that the rights for ABC crossovers has been restored and settled, it is entirely a good indication that Starr Manning can legally return as Starr or as a new character on canvas. It would certainly be wonderful to have Alderson back on the General Hospital set. We have missed her. What do you think General Hospital viewers? Would you like to see Starr Manning back in PC or as a brand new character?

‘The Young and the Restless’ Spoilers: Jack Must Be Careful – Gloria Is A Troublemaker