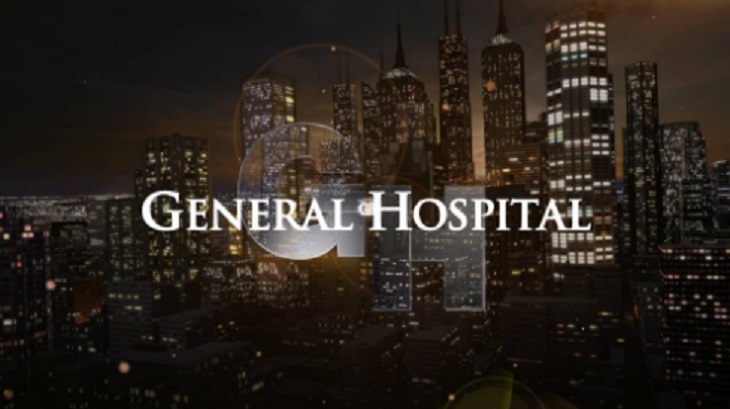 Fans of ABC’s General Hospital are awaiting breaking news from executive producer Frank Valentini after he sent out word via Twitter, that the venerable soap would have big news this week.

The speculation of what that news is has GH fans scrambling to figure out just what that news may be. Let’s look at what seems to be the most rampant theories, so far.

Could this indeed be the return of the dashing gangster Duke Lavery (Ian Buchanan)? The apparently murdered Duke has cheated death more times than a cat with nine lives. Mr. Lavery has the love of beautiful super spy Anna Devane (Finola Hughes). As well as a son he never knew about in Doctor and priest Griffin Monroe (Matt Cohen).

There would be a lot of hugs and crying in Port Charles, if this miraculous return comes to pass. Can you imagine the dimpled smile Duke would receive from his former boss, crime overlord Sonny Corinthos (Maurice Benard)? Let’s not forget the recently returned Olivia Jerome (Tonja Walker). Who’s obsession with Duke has always caused nothing but tragedy and turmoil. What could be her role in any return he may make? Hmmm.

Another character return being bandied about that would get GH fans all hot and bothered would be the beautiful Brenda Barrett (Vanessa Marcil) sailing back into Port Charles. Brenda has always been a fan favorite and would be welcomed by the majority of GH viewers. Though some fans were less than thrilled with how Ms. Barrett’s previous returns have been handled and lamented the writing for their beloved Brenda. Are you and your writing staff listening Frank?

The canvas is ripe for just such a return.  Can you imagine the juicy and soapy drama Brenda would bring to her former beau and love of each other’s lives, Sonny? How would Sonny’s wife Carly Corinthos (Laura Wright) react to Ms. Barrett’s return? The two have never liked each other and the Corinthos marriage is about to hit some seriously troubled waters, due to the machinations of the extremely duplicitous and mysterious Nelle Hayes (Chloe Lanier).

Speaking of Miss Hayes and Ms. Barrett, could the imminent news be the return of corporate raider and GH fan favorite Jasper Jacks (Ingo Rademacher)? On his last visit to Port Charles, Jax appeared to be very uncomfortable around Nelle. Leading to much surmising by fans about whether the hunky Australian business tycoon was somehow mixed up in Nelle’s tale of woe, regarding her parents and the kidney that was forcibly taken from her to save the life of Jax and Carly’s daughter Josslyn Jacks (Eden McCoy).  Being the former husband and paramour of Brenda. Could Jax and Brenda be returning to Port Charles together? Very interesting.

Next up, may be the most buzzed about theory of all. Boy would this be news. How about the return of original recipe Jason Morgan (Steve Burton)? Needless to say this would rock the halls of General Hospital. Can you imagine the look on Sam Morgan’s (Kelly Monaco) face, if she encountered a man with her husband’s old face? The recently remarried and pregnant Mrs. Morgan is married to the former Jake Doe (Billy Miller) who is believed to be Jason with a new face. Who would be the real Jason? Is the little unborn Morgan, really a Morgan or not?

Jason’s former long time portrayer Steve Burton has recently left his role of Dylan MacAvoy, on the CBS soap The Young And The Restless. The rumors started then about a return of Mr. Burton to General Hospital. Could this big news mark a return of the original stone cold?

So what theories do you have out there? Could it be something else? Could Mr. Luke Spencer (Anthony Geary) be making a visit? It’s been over a year since the legendary Tony Geary left for the canals of Amsterdam. Could he sail back into the fictional upstate New York burg, that he laughingly calls Port Chuckles?

Whatever the news turns out to be? Viewers should be in for quite a ride as the venerable soap has some hot storylines cooking that are about ready to be served up. Stay Tuned and please Frank let us know soon!