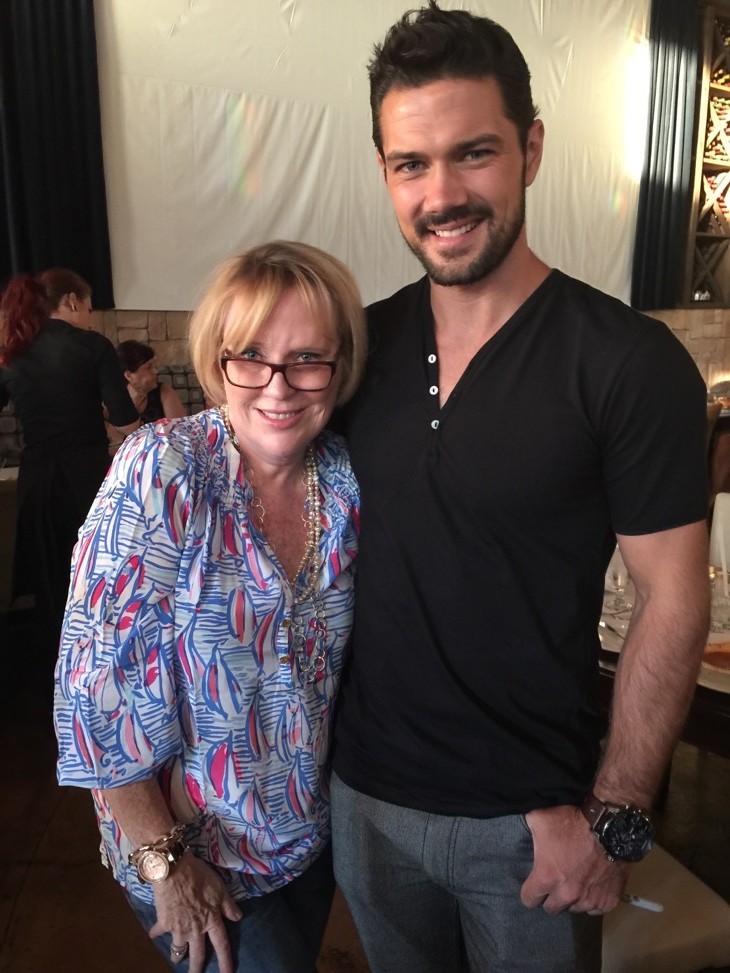 Not only is Ryan a great actor but he is gorgeous and has loads of personality. Once we managed to tear our eyes away from the gorgeous blue-eyed actor we asked Ryan what was on all our Soap Opera Spy viewer’s minds.  If Ryan would ever consider competing on “Dancing With The Stars.” Since both “DWTS” and “General Hospital” are both ABC shows it seems like a great fit.

To my surprise Ryan said, “Dancing With The Stars, yes they have approached me several times!” I could hear “GH” fans applauding, BUT, Ryan then went on, “But I told them NO!” Crestfallen I asked why and Ryan replied, “I can’t dance, I just can’t dance.” I told Ryan he could learn, that was what DWTS was all about. But Ryan was adamant and said, “At the point, I am in my career this is not the next step there are several other things I would like to pursue if time allowed, just not DWTS.”

I mentioned to Ryan that with four remaining soaps having him on “DWTS” would be a huge boost for General Hospital. Ryan took a minute to consider and said, “Yes, that is true but I have a lot of screen time and doing the show would mean I would have to miss a lot of time. I am sure “GH” would give me the time. But NO, I just cannot dance.”

WATCH The Bold And The Beautiful (BB) Preview Video Friday, December 22: Liam Tells Steffy How Excited He Is