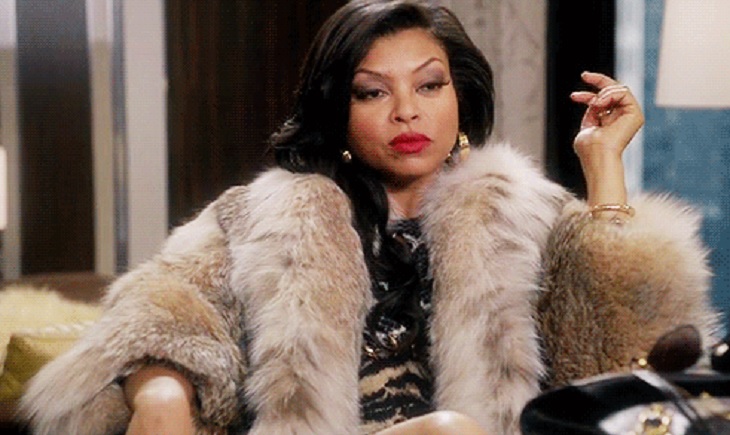 Empire Season 4 spoilers indicate that Taraji P. Henson might have one foot out the door from the show already. In fact, new reports indicate that the Hollywood actress might not be coming back for Season 5.

Apparently, the Golden Globe-winning actress has Empire executive producers on pins and needles because she’s refusing to extend her contract. So far, there’s nothing that says she’s signed on for Season 5 and that has many Empire fans worried.

Related: Vivica A. Fox Making a Comeback On Empire Season 4

So far Taraji P. Henson has not made any comments about the reports or her future with Empire for that matter. Although seeing how she’s one of the most in demand actresses in the entertainment business, it wouldn’t be surprising if she did say good-bye to Empire after Season 4. Of course, that doesn’t mean that we will be seeing less of her. Taraji has quite a few projects in the pipeline, including Tyler Perry’s She’s Living My Life, Proud Mary, The Best of Enemies and Richard Pryor: Is It Something I Said?.

Then again, fans would hate to see Taraji go. Many have even said that the only reason why they watch Empire is because they love Taraji’s character, Cookie. Needless to say, Empire just wouldn’t be the same after Taraji’s departure.

In the meantime, drop us a line with your thoughts in our comments section below. Also, don’t forget to check back with Soap Opera Spy for all the latest news, updates and spoilers on Empire Season 4 and all of your favorite primetime television shows right here!