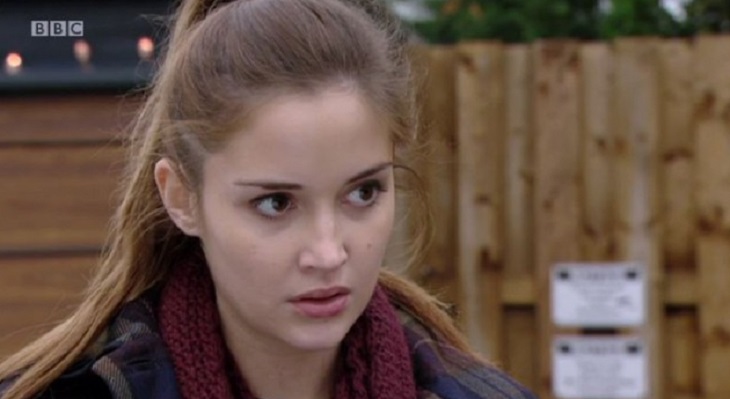 Jaqueline Jossa has been on EastEnders since 2010. Jossa plays Lauren Branning, and took over the role from Madeline Duggan. Jaqueline quickly became a fan favourite. Sadly, she and her on screen sister Abi Branning (Lorna Fitzgerald) have been written off the show.

EastEnders spoilers tease that an exit set to take place in the next few months, or even sooner. The BBC brutally announced their earlier this month. But where does this leave the young actress Jaqueline?

Jacqueline is a young mother, at just 24, can she find work to replace her EastEnders role? She supports Ella who is only six years old and she is married to Dan Osbourne, the reality TV star. Dan is currently out of television employment, which has left fans worried for Jaqueline’s family. But he has shown support for his wife by tweeting that this is “just the beginning” of her career. The pair tied the knot in June this year and are still blissfully happy on social media. But with the pair of them out of work, and soon, will everything stay so perfect?

Jaqueline herself has not commented on her and Lorna’s exit to the press yet. She took to snapchat to voice her opinion in a subtle way. She posted a picture of her and Lorna together on set. She also tweeted Lorna an emoji heart on the morning the news broke. Does this mean she is not pleased about the Branning sisters’ demise?

So, what is next for Jaqueline? There is no doubt she is a talented actress. In 2013, she won the best actress award from the Inside Soap Awards. Will she find work on another British soap? It is common for actors to flit between the shows during their careers. Or perhaps she will go down a different career path. Either way we wish her luck and look forward to what looks like explosive ending to the Branning sisters.