EastEnders Spoilers: Tragedy Strikes! Who Will Die In Deadly Explosion? 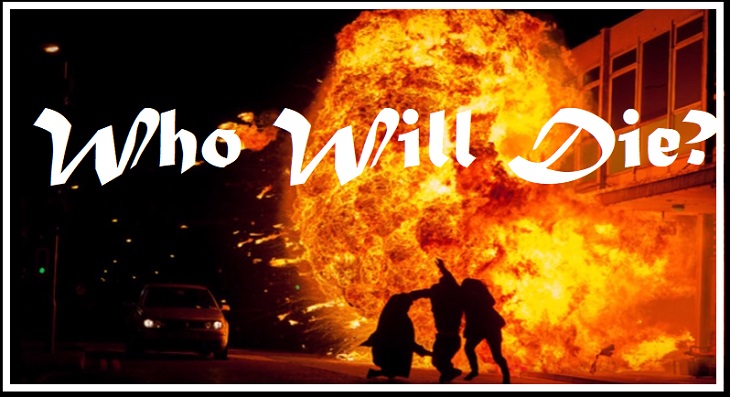 BBC soap spoilers tease that someone’s a goner in the upcoming explosive EastEnders gas inferno storyline; but who? The major plot point leaked out this week, but thus far the identity of the dearly departed remains a mystery.

Who do you think will be exiting Walford? Steven Beale has been a marked man for months now. Plus, it’s no secret that his fabulously talented portrayer Aaron Sidwell is set to leave the BBC One sudser. Will his body be the one that’s pulled lifeless from the explosion? Could be!

Related: Is Jessie Wallace Returning To EastEnders As Kat Moon?

First off he’s in bad with Mad Max Branning (Jake Wood), and that can’t be good. Max doesn’t suffer fools wisely, and murder is definitely in his wheelhouse. Adding to his karmic burden, Steven has been lying about having a brain tumor, and fooling around with his girlfriend’s sister. If the cad’s number is indeed up, it won’t be surprising in the least.

But what about that she-devil Fi Browning (Lisa Faulkner)? There’s no doubt that Fi has added some sugar and spice to the mix, just ask Max and Mick (Danny Dyer)! But it was known from the start that Faulkner’s role was not meant to be long term.

Then there’s Billy Mitchell (Perry Fenwick). The longtime character was rumored to be on the chopping block earlier in the summer; was the speculation on target? You know what they say, where there’s smoke, there’s fire, and a gas explosion would be a fitting conclusion to the rumor, right?

Maybe Jane Beale’s (Laurie Brett) about to see an untimely demise? It just wasn’t right for her to play a hand in covering up Lucy’s murder. There have been rumblings about Steven striking out against her (again), maybe the speculation gains traction?

And then there’s Max. Evil doesn’t get any more cunning than this brutally sly businessman-about-town. Could it be curtains for Chrome Dome?

Ah, so many suspects, so little time. Who do you think will die in the Walford explosion?  Share your thoughts in the comments below and check back for more EastEnders spoilers right here!

This Is Us Spoilers: First Look At Season 2 – Watch Rebecca And Randall’s Emotional Moment