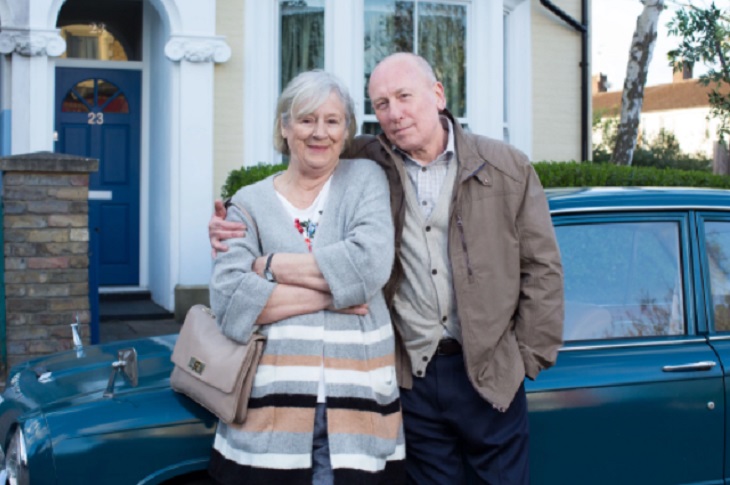 Does it seem like there is a never-ending stream of characters set to leave EastEnders? Well hold on because two more might be about to join every growing list of stars leaving EastEnders.

According to EastEnders spoilers, Joyce and Ted Murray (Maggie Steed, Christopher Timothy) may be jailed over the shooting of Johnny Carter (Ted Riley) and their constant lying to the police.

The shooting took place at the same time as the huge explosion on the square, orchestrated by Max Branning (Jake Wood) which resulted in the death of Steven Beale (Aaron Sidwell). Amongst the chaos of the shows “biggest week ever” the elderly couple were arrested over the shooting. Even though Johnny made a full recovery, they are not off the hook.

The reason for the shooting was Ted’s PTSD, he was once in the armed forces and the noise of the gas explosion brought back terrible memories. He keeps a gun in his home for protection, which is illegal in the UK. He was arrested for owning a gun and for using it to cause harm upon another.

Joyce was also arrested as she lied on behalf of Ted, attempting to take the blame for the accident. But this was obstruction of justice and she may suffer further for trying to protect her husband.

We will find out the ending to the Murray’s story next week, as their court case looms. Their fate is not yet guaranteed but there is a good chance that one or both of them will be sent to prison for their actions. Perhaps the court will take sympathy on the retired serviceman as this was not a malicious attack.

Do you want the Murray’s to stay on our screens? Especially since so many of our favourite characters are departing this Winter.

The Young And The Restless News: Sneak Peek Of Thad Luckinbill’s YR Return