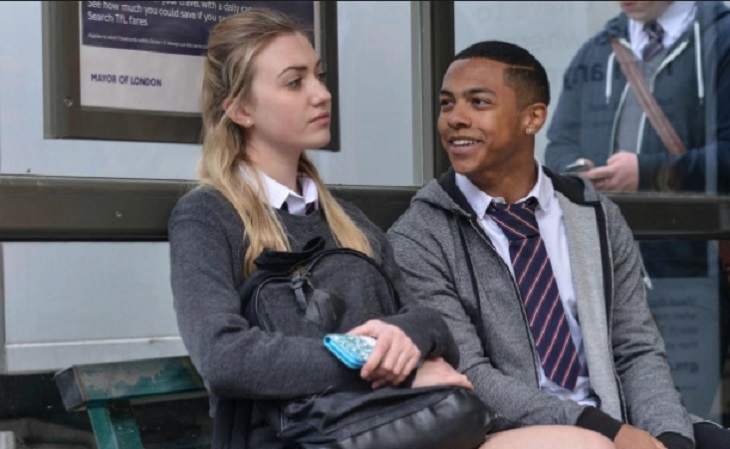 Could Louise Mitchell (Tilly Keeper) and Keegan Baker (Zack Morris) become the next hot young couple on EastEnders? That’s a definite yes, if Morris has his way!

Morris is a keen proponent of these two getting together for real, not just in Keegan’s twisted mind.

Fans will remember that Keegan once claimed to have slept with a drunk Louise. At the time it appeared that he may have had real feelings for her. But for his troubles he was arrested, as he should have been!

But that was then, this is now. Since that time Keegan has cleaned up his act somewhat, although he still has a way to go. Could Louise be his salvation?

Fans too have been on board with a possible pairing, so we’ll have to wait and see what 2018 brings in terms of storyline.

It’s not of unheard of for show runners to listen to, and take action on, fans’ sentiments. If the fans want to see Keegan and Louise together, we may see them together sooner rather than later.

In fact, Morris himself has been the recipient of viewers’ thoughts and feelings regarding Keegan’s personal life. In an interview with Inside Soap, the young actor spilled some beans on what the fans have been telling him.

“A lot of viewers seem to want him to get together with Louise,” he dished, “I get daily messages from fans … who are trying to plug this relationship! It’s flattering, so maybe the writers will give them what they want.”

On a side note, Morris also hinted about another plot angle he wouldn’t mind being involved in. “I’d want them to bring back Grant, and for him and Phil to be like they were back in the day – Keegan could be their sidekick!”

Previously Louise would have had nothing to do with Keegan after the stunt he pulled. But what about now?

Louise is currently single, but is she ready to mingle?

Home And Away Spoilers: Olivia to Cheat On Hunter King?

Emmerdale Spoilers: Kim Tate Hunts For Treasure – But Graham Already Left It To…