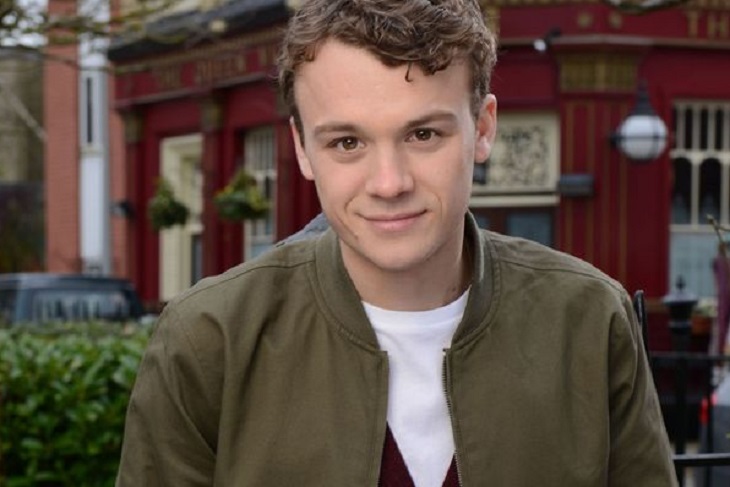 EastEnders is promising fans a September viewing party billed as, “The Biggest Week Ever.” Next week Walford residents will be rock and rolled by an explosion, a fire, a shooting, and a horrific crash. Virtually no one will be spared grief, and at least one character won’t survive the calamitous series of events.

Who dies? That’s the question on everyone’s lips, and showrunners have been teasing viewers like crazy. The latest clue to drop involves too-young-to-die Johnny Carter (Ted Reilly). Would TPTB really kill off Mick (Danny Dyer) and Linda Carter’s (Kellie Bright) son? Well, it doesn’t look good for the lad, although admittedly the survival rate doesn’t look promising for a handful of other Albert Square regulars.

But back to Johnny. What we know so far is that Johnny and Linda will be involved in a ghastly wreck involving an ambulance and a tanker truck. Johnny and Linda are inside the ambulance as it conveys a bandaged and bloodied Johnny. Already this doesn’t look good for a transport patient to be caught up in a crash before he can make it to the hospital; two strikes against Johnny!

In fact, eye-popping pictures from the location shoot reveal that after the ambulance overturns and ends up on the tanker, poor Johnny must be airlifted from the disastrous scene. So what caused Johnny to be in the ambulance in the first place? Would you believe a gunshot wound? You may be asking who would want to shoot the loveable young man, but if our theory is correct, the shooting is an accident that occurs while he’s doing a good deed (you know what they say about good deeds!).

A heartbreaking photo from the week’s events shows a panicked Ted Murray (Christopher Timothy) clutching a gun after being spooked by the crazy action going down all around him. It appears that his PTSD gets a hold of elderly Ted, leading to a disastrous outcome. Does he shoot Johnny? Be sure to tune in and find out!

The Bold and the Beautiful Spoilers: Bill in Danger – Will Steffy And Liam Expose Him?

The Young and the Restless Spoilers: Faith is Confused – Nick is To Blame