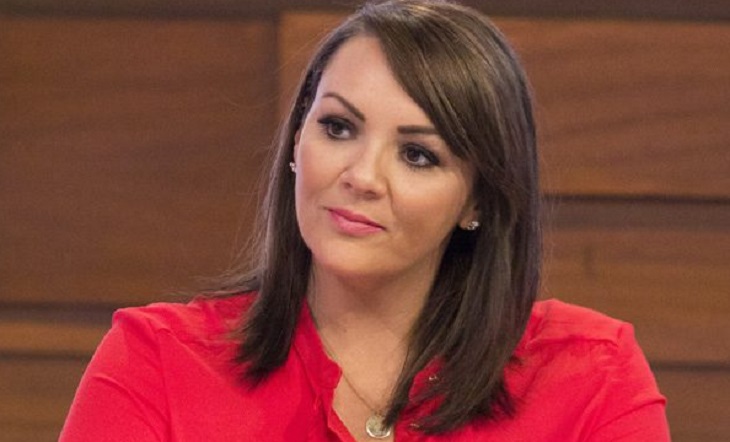 It has not yet been revealed who will grace the Strictly Come Dancing floor this year but there are rumours that the ex-EastEnders star Martine McCutcheon could be joining the line-up.

Martine once played Tiffany Mitchell in the soap, she was on EastEnders for four years (1995-99). She was most famous for her volcanic relationship with Grant Mitchell. Her character was sadly killed off but she remains an icon of the show.

Martine is more widely known now-a-days for her position on Loose Women, a chat show on ITV.

But is the day time TV host putting on a pair of ballroom shoes this autumn? A source has revealed (to The Mirror) that “Strictly really want her to be on the show, she is a household favourite and the public love her.” It has also been mentioned that Martine has been offered quite a large sum to be on the show – a six figured sum.

Martine has publicly declared her love for the show before as she is an avid fan. She has said in the past that it is only her health that kept her from joining the ballroom floor before now. “Out of all the reality shows I would have absolutely loved to do Strictly, but I would have struggled with my health.” Martine looks in fighting fit shape now so could she be joining the show?

Strictly are notoriously secretive with the stars they pick right up until the last minute so it could be a while before this rumour is confirmed. But with such an offer given how could Martina resist? And it wouldn’t be unusual for an EastEnders star to be on the show with Tameka Empson (who plays Kim Fox) on the show just last year.