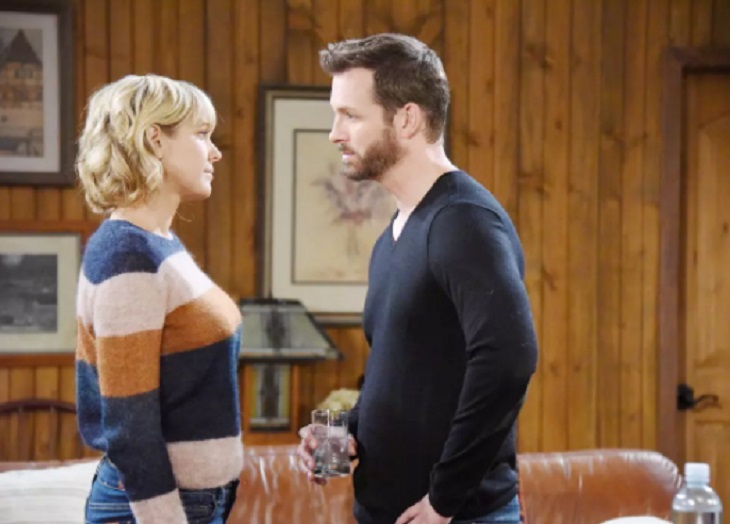 “Days of Our Lives” spoilers hinted that Arianne Zucker would be leaving the soap. That day arrived, and it was emotional for fans. It turns out that her co-stars are also missing the actress. One of those is Eric Martsolf, who plays the role of Brady Black. To him, it was like losing a sister.

During an interview with Soap Opera Digest, Eric Martsolf spoke about many things. One of them had to do with the woman who played Nicole Walker for years. Besides being co-stars, they were also friends. They had a good relationship. “Days of Our Lives” spoilers make it clear that the actor is missing Zucker already.

“Ari was there with me in the beginning, and I was with her when she left. Ari is a lot like me, in the sense that we share a sense of humor. Our attitudes about life are very similar, so seeing her leave was like losing a sister.”

Related: Days of Our Lives Spoilers: Will Brady Take Victor’s Advice and Turn in Nicole?

“Days of Our Lives” spoilers revealed that Nicole’s exit would be painful and devastating. Not only was Eric Brady (Greg Vaughan) part of that storyline, so was
Brady Black. It was a story of finally finding… and accepting true love.

It also involved being honest, even at the risk of hurting someone. Finally, it encompassed being forced to make a choice, even if it was heart-shredding and brutally painful.

Even though Arianne Zucker is gone, Nicole is still mentioned in episodes. Eric is dealing with the loss and Jennifer Horton (Melissa Reeves) is by his side.

Brady had a conversation with his grandfather, Victor Kiriakis (John Aniston.) It was mentioned that Brady should go back on his word and give the amulet to the police. Whether he does so or not isn’t known for sure right now, though.

Everyone in the “DOOL” family misses Arianne Zucker. However, they also understand that she is happy and on her own journey. Hopefully, fans will see her again one day.

Keep watching the NBC soap and check back with Soap Opera Spy for the latest “Days of Our Lives” spoilers, updates and news.

Neighbours Halloween Special: Erinsborough Will Never Be The Same

Days Of Our Lives Producers Sued After Horrific Accident On Set