Days of Our Lives Spoilers: Eric Decides to Leave Salem, Find Out Why 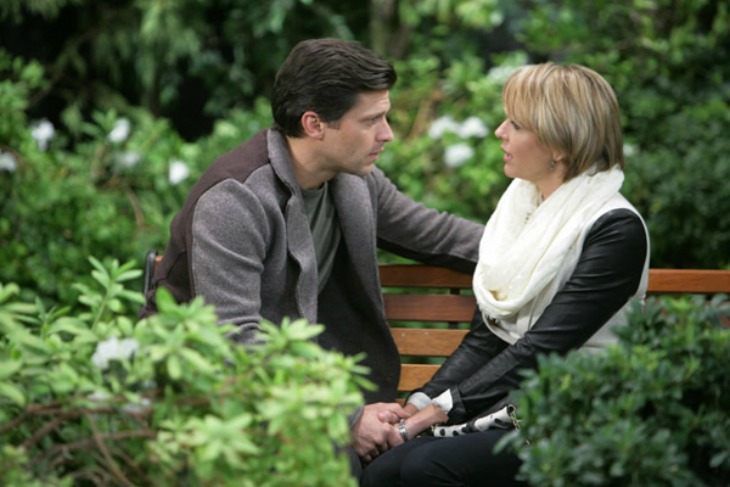 “Days of Our Lives” spoilers two weeks ahead reveal that Eric Brady (Greg Vaughan) will decide to leave Salem. Find out what prompts his sudden decision and the events that lead up to it.

Eric can’t stop thinking about Nicole Walker (Arianne Zucker.) In fact, he is now starting to fantasize about his former love interest. However, she is in a relationship with his brother, Brady Black (Eric Martsolf.) It turns out that Eric’s decision to leave Salem is directly connected to the love triangle.

Prior to Eric’s life-changing decision, Nicole will decide to stay at the Horton Center. She wants to help the community. However, Brady thinks it’s so she can stay close to Eric. He is not pleased when Nicole turns down his offer to work at Titan.

In fact, it causes Brady to question Nicole’s priorities, as Eric Martsolf explained to Soap Opera Digest. “It seems like everything that Brady and Nicole discussed and dreamt about is changing. He believed that motherhood was Nicole’s top priority, because of her inability to have children for so long. Now, she finally has this gift in Holly, and she’s talking about going back into the workforce.”

After speaking to John Black (Drake Hogestyn,) Brady reluctantly allows Nicole to continue working with Eric. However, his jealousy will continue to rear its ugly head. There are theories that “Ericole” will become even closer, which will cause Brady to continue obsessing over losing his girlfriend.

Head writer Ron Carlivati teased “Days of Our Lives” spoilers for fall 2017. He revealed that Brady will continue to take steps to keep Eric and Nicole apart. However, it sets off a chain of events that leads to Eric wanting to leave Salem. Carlivati also explained that Nicole’s reaction and what she does will bring things to a head.

It was also revealed that Nicole must choose between Brady and Eric. With Arianne Zucker leaving the soap opera soon, will she take one man with her? It is unlikely. Even though Eric will decide to leave town, there has been no news on Greg Vaughan leaving “Days of Our Lives.” Spoilers seem to indicate that Nicole might leave Salem with just Holly, which means she won’t end up with either man.

Greg Vaughan is on another show, “Queen Sugar.” However, don’t worry about him leaving again. We have been able to confirm that Vaughan has been on the “DOOL” set after Arianne Zucker’s exit. So, Eric either stays in Salem or only leaves for a short time.

What do you think is going to happen with Brady, Nicole and Eric? Will he really leave Salem or can someone convince him to stick around?

Remember to check back often with Soap Opera Spy for the latest “Days of Our Lives” spoilers, news and updates!