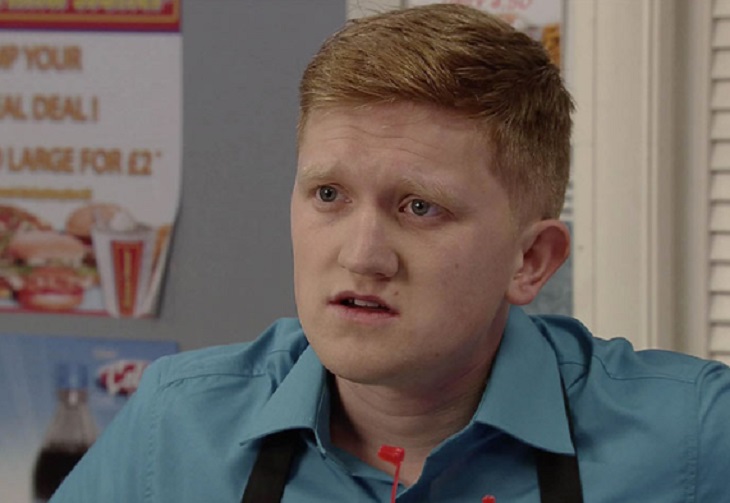 Chesney has been on the show since he was a small child but Coronation Street spoilers tease that his long-term role may be coming to an end. We have seen him grow up from a shy young boy into a handsome man it will be sad to see him leave the cobbled streets.

He started his role in just 2003, Sam Aston has been on the soap a massive fifteen years. Corrie spoilers tease that Chesney is going to get stabbed in somewhat of a random situation.

He will be in the Bistro when an unknown criminal will attack him with a broken bottle. Poor Ches will take a blow to the neck and it is not yet known if he will survive.

His fellow neighbours will try to help him after the attack calling for emergency aid but will it be enough? Michelle and Adam will try to keep the young man conscious but he will be losing a lot of blood.

The scene is going to be dramatic with Michelle screaming and the thugs wrecking the Bistro. But who are these thugs and why are they trashing the restaurant? Is Chesney just collateral damage to a much bigger plot line or was he targeted directly?

Chesney is such a loveable character it’s hard to believe that anyone could want to hurt him. He lives a simple life working in the chip shop, never saying a mean word. The ginger kid has been unlucky in love with Sinead and fans hope that we would become happy with time.

The show’s writers must know that stabbing such an innocent character will cause fans to uproar, I’m sure we could think of a few more deserving characters to face the attackers. We do not yet know if Ches will survive a bottle to the neck but here’s hoping that he does!