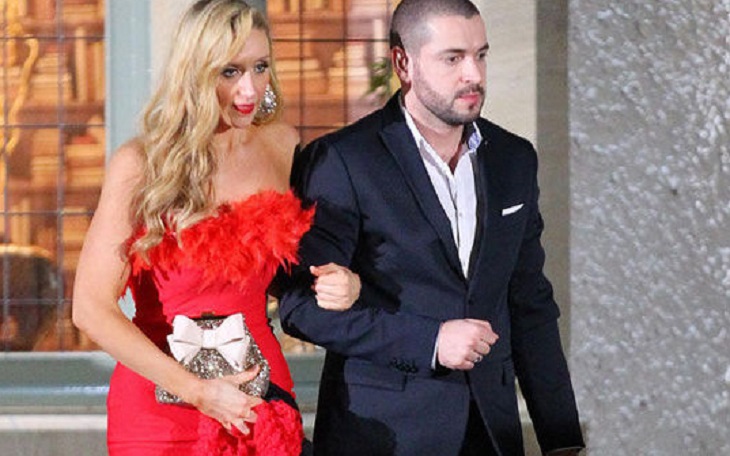 “Coronation Street,” fans have something to celebrate: it seems that a certain beautiful, young, power couple will be on their screens for at least another year!

Supercouple Catherine Tyldesley (Eva) and Shayne Ward (Aidan) have both signed one year contracts, ensuring that their trials and tribulations will continue for many more months.

Related: Shona’s Mysterious Storyline Unravels – Who Is The Secret Baby?

ITV soap execs have definitely taken notice of the couple’s popularity and wasted no time resigning the influential couple.

Shayne joined Corrie in 2015 after enjoying success as an, “X Factor,” winner and his soap star power was immediately recognized and rewarded!

Soon after joining the sudser, the newbie won an Inside Soap Award as well as an NTA for Best Newcomer.

Catherine has been on the show since 2011, the year her onscreen mom also first appeared as The Rovers Return bar owner.

Corrie viewers were surprised when Aiden stepped out on Eva with Maria, and it looks like the chickens will soon be home to roost!

Maria has been cooling her jets in jail, but the tension between this lover’s triangle will soon escalate when she’s set free. When the inmate, who was incarcerated for an illegal marriage to Pablo, is released this summer expect her to cause problems for Aiden and Eva!

And in a case of real life imitating reel life, it’s been reported that Shayne and Catherine are enjoying each other’s company (completely platonic!) in their down time.

Related: The Women of “Coronation Street”

“Alfie is a little obsessed with Shayne singing,” she said. “When he first met Shayne, he was awestruck. Shayne just held onto his hand and sang to him, and Alfie just stared back mesmerized.” Aw! It sounds like the little guy knows talent when he hears it!

Might Shayne be considering another foray into the world of music? You never know what the future holds!