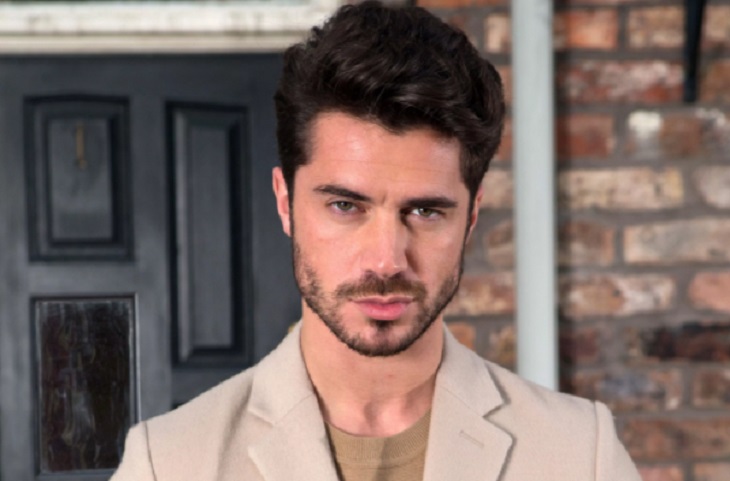 Coronation Street spoilers indicate that Adam’s new plan is going to rock everyone involved as the future of the Underworld factory might be in jeopardy. In fact, the entire gang was shocked to find out that the factory had been cordoned off with police tape while trying to figure out exactly what Adam may be up to.

Sally, Gina, Fiz, Beth, Kirk and Sinead have no idea that Adam has been scheming to destroy Jenny and Johnny’s livelihood. In fact, Adam has apparently organized for a truck to head off with all the machinery that was inside the building. Despite Eva’s pleas to call a halt to their revenge plan, Adam is determined to destroy everything and as a matter of fact, anyone who might get in his way.

Meanwhile, Sally is working on her new campaign. Yet, Gina manages to pull down her spirits, telling her that Kirk is a far better candidate for major. Elsewhere, Liz find a way to trap the man who conned her. Also, Michelle reports Will to the police. Unfortunately, they can’t press charges without any concrete evidence. That’s when Will calls the pub. He’s looking for Michelle, with many wondering if she might be in danger.

Back at Underworld, Aidan and Johnny are trying to get everything back on track. But when the employees catch wind of why the place was shut down, everyone begins pointing their fingers at Aidan. And this is nothing compared to what Eva has planned ahead. Of course, fans will soon find out what’s ahead! Viewers will just have to tune in to see what will happen next and if Johnny and Jenny will be able to save their Underworld Factory.

Let us know what you think by dropping us a line with your thoughts in our comments section below. Also, don’t forget to check back with Soap Opera Spy for all the latest news, updates and spoilers on Coronation Street and all of your favorite British soaps right here!

Grey’s Anatomy Spoilers: A Love Triangle, A Messy Jackson And Maggie Hook Up, And Jo And Alex Revisited?

The Young and the Restless Spoilers: Will Elizabeth Hendrickson Reprise Her Role as Chloe?