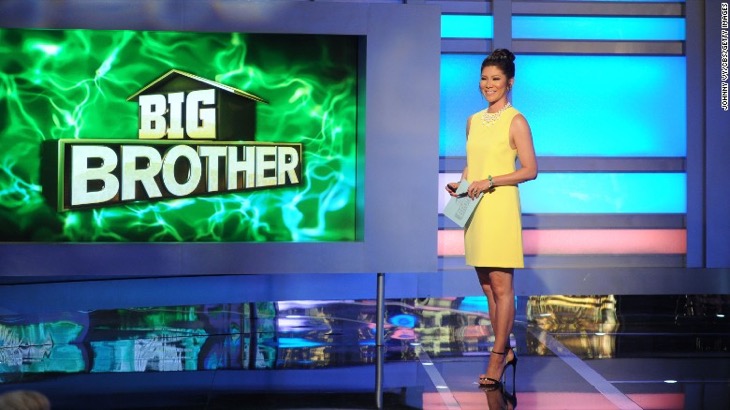 Celebrity Big Brother US spoilers reveal a few new juicy tidbits. During the Big Brother 19 finale interview, Julie Chen gave a few exciting CBBUS spoilers. CBS will air the first-ever celebrity edition of Big Brother in the winter. The fans are anxious to find out the cast and the start date. Allison Grodner, EP of BB, suggested that it shouldn’t be too long before the fans know more details about the season.

According to Chen’s interview with Dr. Will, she suggested that Lindsay Lohan could be joining the cast. She said that a BB season wouldn’t be complete with Lohan’s messy drama. She thinks that Lindsay would be interesting to watch and could create a lot of tension.

Another name that Julie tossed around was Motley Crue drummer, Tommy Lee. Apparently, his rep contacted CBS about joining the show. Lee would make a great addition to the show. He has a laidback attitude and would get into it with anyone who challenged him. In other words, he would be instant fireworks.

Chen stated that a Celebrity Big Brother US wouldn’t be complete without Gary Busey. She added that he would make the show interesting with his long-winded stories. And, to be honest, she’s right—they must cast him. If you’ve seen his Celebrity Wife Swap episode, you will understand why he would be on Julie’s must cast list.

The Big Brother host said that the series would debut in January, probably towards the middle of the month. It looks like the season would be shorter than a typical season—lasting between 35-60 days. Normally, BB last for around 95 days, so this could be half the length of the Summer season.

Who Won’t Be Asked?

CBS is hoping to cast some household names, but the BB fans shouldn’t expect Justin Timberlake or Brad Pitt to join the show. The people that will sign up are people that can use the show to advance their career or celebrities that aren’t actively working on a project.

The network has not commented whether Kathy Griffin would appear on the show. The truth is her chances of working with CBS are slim after her latest “joke” about President Trump.

Days of Our Lives Spoilers: Alexander Kiriakis Comes to Salem – Anjelica Deveraux’s Story Not Over Yet?