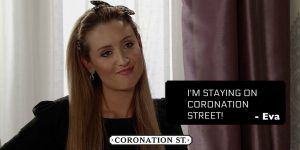 When the Catherine Tyldesley saw the report she immediately went to twitter and denied the reports saying she did not know who their insiders were but she just signed a new contract. “TheSun not sure who your ‘insider’ is kids, but I think they might be stuck outside. I’ve just signed my contract #random”

@TheSun not sure who your 'insider' is kids, but I think they might be stuck outside. I've just signed my contract 😂😂#random 🤔🤔

So Corrie fans don’t panic Eva is staying on the cobbles!  Are you glad that Catherine Tyldesley is not leaving Coronation Street?  Hit the comments and let us know your thoughts! 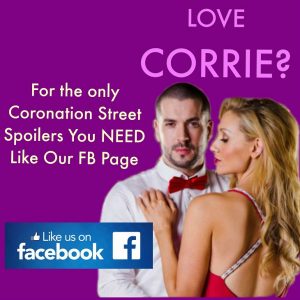