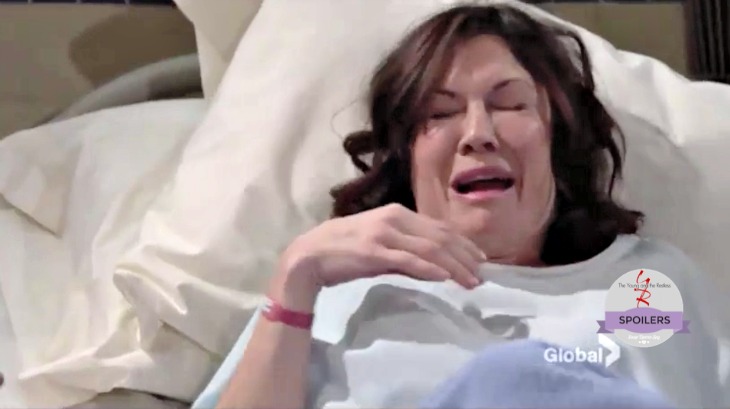 “The Young and the Restless” spoilers for Thursday, February 11, tease that Billy (Jason Thompson) will plan a romantic surprise for Victoria (Amelia Heinle). Billy has been worried what might happen if his plot with Phyllis (Gina Tognoni) is discovered. Victoria and Billy are finally back together. The last thing Billy wants to do is jeopardize their relationship.

However, Billy will remain determined to keep the scheme quiet. He’ll turn his attention to making sure Victoria knows how much he cares. “The Young and the Restless” spoilers indicate that Billy and Victoria will share a steamy love scene.

It’s clear that Victoria is starting to feel more secure about Billy. His new outlook is definitely doing wonders for their bond. Unfortunately, Victoria doesn’t know that Billy is continuing to take risks behind her back. Once Billy’s secret is revealed, it could mean bad news for his future with Victoria.

Meanwhile, Dylan (Steve Burton) will ask Patty (Stacy Haiduk) some questions about what occurred in Dr. Anderson’s (Elizabeth Bogush) office. Thursday’s preview video shows Patty shouting that she’s not a murderer. Patty will flip out and insist that Dylan is lying. Paul (Doug Davidson) will run to Patty and attempt to comfort her.

Patty certainly looked like Dr. Anderson’s killer based on the flashback, but it’s possible that there’s another explanation. It could have been Patty’s hallucination. Who knows? Perhaps someone else did the deed while Patty was drugged. Patty’s role could’ve been in her imagination.

Then again, maybe Patty really had a psychotic break and she doesn’t even know what she did anymore. Whatever the case, you can bet that this won’t be the end of the road. Y&R rumors hint that there are several twists and turns ahead.

Other “Young and the Restless” spoilers say Nick (Joshua Morrow) and Victor (Eric Braeden) will have a major confrontation. Nick will contend that Victor needs to accept some responsibility, presumably for his role in sending Dr. Anderson (aka Sandra Allen) down a dark path. Victor will stand his ground and refuse to admit that he did anything wrong. He’ll believe his actions were in Nick’s best interest.

Victor paid off Sandra’s family to keep things quiet and arranged for Nick to stay far away from her. Sandra obviously wasn’t happy about the way this was handled and she plotted the ultimate revenge. Now that Dr. Anderson is dead, the fallout is going to be massive. Stick with the CBS soap for updates on the additional drama.

So Y&R fans, what do you think about all these storylines that are heating up? Voice your opinion in the comments below and don’t forget to check Soap Opera Spy often for the latest “Young and the Restless” spoilers, rumors, updates and news.

‘The Young and The Restless’ News: Elizabeth Bogush Thanks Fans & Cast After Exiting ‘Y&R’

‘The Bold and the Beautiful’ Spoilers: Quinn Tricks Liam Into Dumping Steffy by Phone – Thomas Apologizes to Caroline, Promises to Change