‘The Young and the Restless’ Spoilers Thursday, December 22: Billy Faces Pressure from Traci – Jack and Phyllis Focus on the Future – Gloria Plans on Lengthy Stay 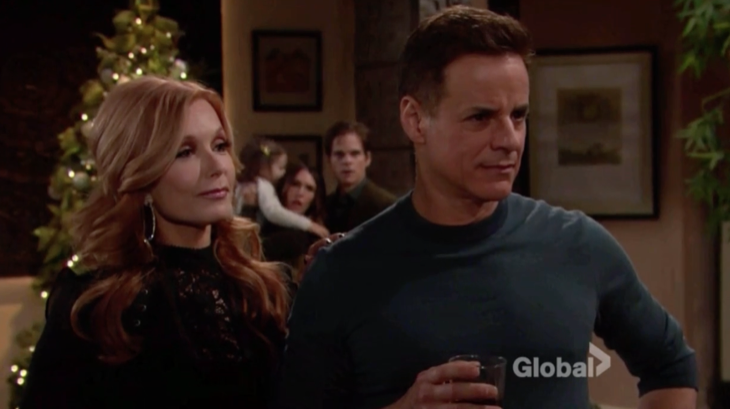 “The Young and the Restless” spoilers for Thursday, December 22, tease that Michael (Christian LeBlanc) and Lauren (Tracey E. Bregman) will wonder how long Gloria (Judith Chapman) is going to be in town. Gloria will suggest that she’ll stay as long as they’ll have her. She’ll hope that they’ll have plenty of time to catch up.

Of course, Gloria’s arrival caused problems for this family right away. Kevin (Greg Rikaart) certainly wasn’t pleased when Gloria lashed out at Chloe (Elizabeth Hendrickson) in Wednesday’s Y&R episode. Michael didn’t exactly enjoy his mom’s outbursts either. Gloria may have already overstayed her welcome! Nevertheless, it looks like Lauren and Michael will just have to grin and bear it for now.

Other “Young and the Restless” spoilers state that Phyllis (Gina Tognoni) will continue to focus on her future. She knows that it doesn’t include Jack (Peter Bergman) and she’s made peace with that fact. Phyllis just wants to do her own thing and start a new chapter of her life.

Jack will be surprised when Phyllis seems ready to walk away. Phyllis will feel like it’s what’s best for both of them. She doesn’t want to hinder Jack’s attempt to move on. Phyllis is watching out for herself here, too. She realizes that a clean break is the only way they can heal and grow.

Meanwhile, Traci (Beth Maitland) will try to talk some sense into Billy (Jason Thompson). It appears he’ll want to bail on the holiday gathering. Traci will insist that Billy needs to join the Abbott clan’s festivities. She’ll argue that Billy should at least stay long enough to spend some time with his sisters on Christmas Eve.

Ashley (Eileen Davidson) will grin and Billy will flash a smile as well. Traci has a knack for making people do what she wants. Perhaps Traci will get one step closer to her ultimate goal. She’s desperate to help Jack and Billy patch things up, but her plan hasn’t worked out yet.

“The Young and the Restless” rumors hint that Billy and Jack will manage to reconcile pretty soon. Elsewhere, Devon (Bryton James) and Hilary (Mishael Morgan) will do the same. They’ll choose to put the past behind them and move forward.

It sounds like some big developments are coming up. We’ll give you updates as more news emerges. Stay tuned to Y&R and don’t forget to check Soap Opera Spy often for the latest “Young and the Restless” spoilers, rumors, updates and news.

‘Days Of Our Lives’ RUMOR: Dr. Valerie Grant’s Son’s Father Revealed – Does Julie Have A Grandson?