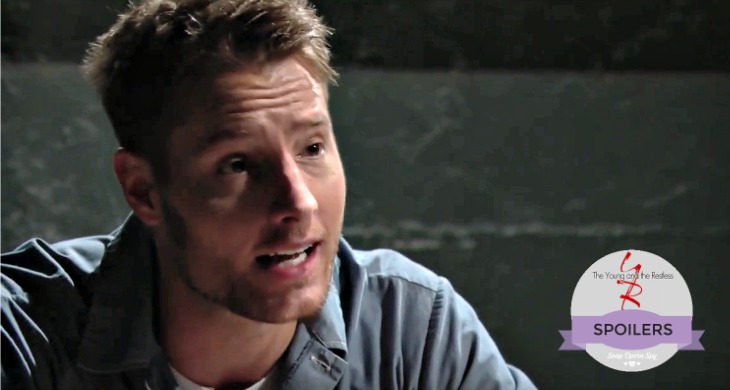 “The Young and the Restless” spoilers for Wednesday, August 3, tease that Sharon (Sharon Case) and Mariah (Camryn Grimes) won’t be happy campers. In the woods, Dylan (Steve Burton) tries to get them excited about fishing. Mariah and Sharon pass, so Dylan heads off with Faith (Alyvia Alyn Lind).
When Dylan and Faith return, the subject of gutting and cleaning the fish comes up. Mariah and Sharon look horrified. Dylan can tell that camping isn’t their thing. He starts talking about his dad and Sharon goes along with the fish cleaning idea.

A short time later, they gather around the campfire. Faith wants to hear the story of a baby-switching ghost. Sharon panics, but Faith adds that it’s about Sheila Carter (Kimberlin Brown).

Elsewhere, Luca (Miles Gaston Villanueva) urges Summer (Hunter King) to go back to Newman Enterprises. He feels like it would make her happy. Meanwhile, Victor (Eric Braeden) will order someone to retrace Luca’s steps and determine if he was responsible for the oil crisis.

At the penthouse, Chelsea (Melissa Claire Egan) wonders if Nick (Joshua Morrow) would help or hurt a possible plan to free Adam (Justin Hartley). Nick insists that he just wants the true story. Chelsea states that Victor framed Adam and could undo the damage if he was willing. She urges Nick to discover the location of the missing journal entries. 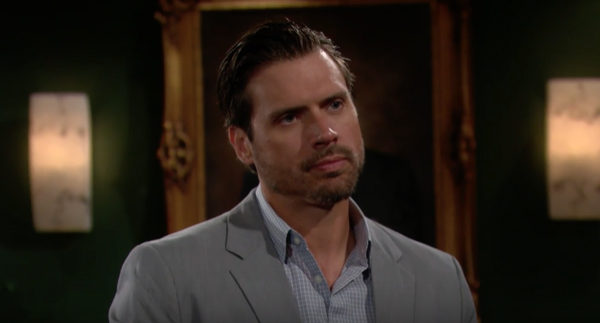 Nick heads to Victor’s office and wants to know if he’s the reason Adam is behind bars. Summer shows up and announces that she’s returning to Newman. She admits that Luca talked her into it, but she doesn’t want Nick to assume that’s a bad thing. 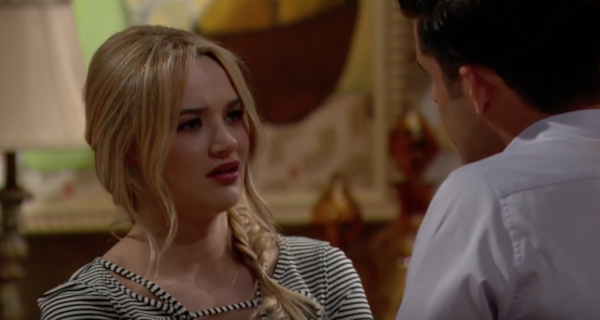 After Summer leaves, Victor scolds Nick for allowing his daughter to get tangled in Luca’s web. Nick hints that trying to keep them apart will just make Luca more tempting. He doesn’t want Victor to interfere. In Summer’s office, Luca walks in and picks up on Summer’s attitude. She says she’s late and a stunned Luca asks if she’s pregnant. Nick overhears them just outside the door. 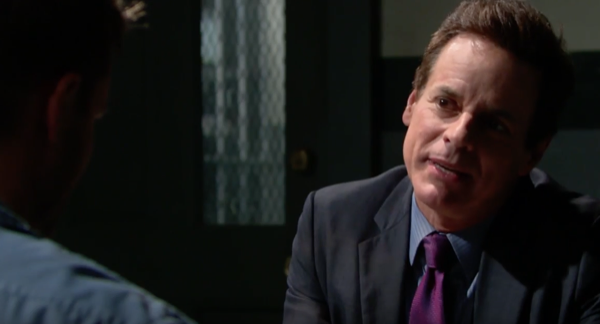 At the state pen, Michael (Christian LeBlanc) notes that Adam (Justin Hartley) seems like he’s in a better frame of mind. Adam admits that he is. He feels like he’ll be getting out of there soon. Michael tries to keep his client’s optimism in check. He wants Adam to remember that the case is closed.

Chelsea arrives later and confesses that she’s not sure Chloe (Elizabeth Hendrickson) is Victor’s accomplice. Adam thinks Chloe is just playing Chelsea. He wants the chance to speak with Chloe himself. Meanwhile, Kevin (Greg Rikaart) looks at the DNA results. They say he’s not Bella’s (Cali May Kinder) father. Chloe is annoyed that Kevin thought she’d keep his kid from him.

Kevin suggests he can be a father figure for Bella anyway. He offers to let Chloe and Bella live with him. Chloe snaps that she won’t play house with Kevin. She advises him to knock up Natalie (Mara McCaffray).

Chloe returns to the penthouse and tells Chelsea how things turned out with the paternity test. Chelsea encourages Chloe to forgive Adam in person. When Chloe isn’t around, Chelsea peeks in her bag. She finds grief recovery books and surmises that Chloe really isn’t out for revenge.

Other “Young and the Restless” spoilers say Kevin will have a lot on his mind. At Crimson Lights, Kevin tells Michael that he can’t stop thinking about Chloe. Natalie shows up moments later and is relieved by the news that Kevin isn’t a dad. Kevin suddenly ends their relationship and Natalie runs off.

Back in prison, Chloe meets with Adam and says she’s sorry for what he’s going through. Adam implies that Chloe should drop the sympathy act. Chloe insists that she forgives Adam, but he doesn’t believe her. Chloe counters that she can’t let Delia’s (Sophie Pollono) death consume her anymore.

As Chloe begins to cry, Adam suggests that he’d never forgive anyone who tried to keep him away from Connor (Gunner and Ryder Gadbois). Chloe prepares to leave and says she’s happy she stopped by. Adam agrees that the experience has been enlightening.

Chloe exits the visiting room and flashes a smug smile as she dabs her tears. Elsewhere, Chelsea calls Dylan and asks him to continue investigating for Adam’s sake. She knows Paul (Doug Davidson) isn’t on board, but Adam needs Dylan’s help.

Y&R rumors hint that Dylan may get a break in the case pretty soon. Will it put Adam any closer to freedom? Stick with the CBS soap for updates on what’s in store.

‘The Bold and the Beautiful’ Spoilers: Steffy Insists She Can’t Live Under Threat of Quinn – Wyatt Worries Mom Could Cost Him His Marriage