‘The Young And The Restless’ Spoilers: Women Stand Against Hilary’s Agenda – Lily, Ashley, and Phyllis Unite 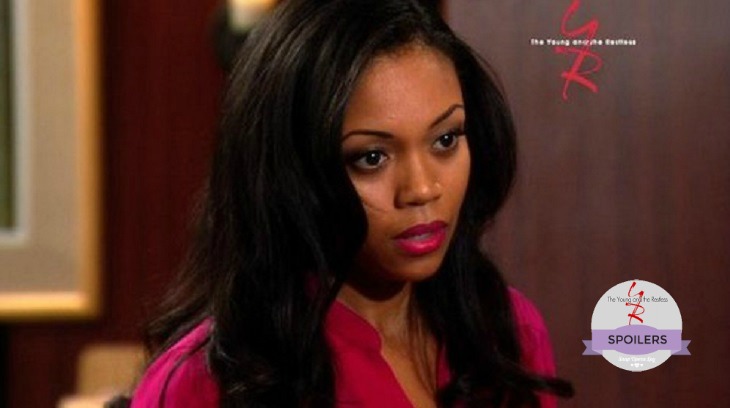 Hilary Hamilton (Mishael Morgan) isn’t liked by other women on ‘The Young and the Restless’. Lily Ashby (Christel Khalil), Ashley Abbott (Eileen Davidson), and Phyllis Abbott (Gina Tognoni) each voted to remove the referenced diva from the board of the nonprofit foundation Jack (Peter Bergman) and Neil (Kristoff St. John) created. The united trio cited public scandal, ongoing lies, and Hilary’s personal agenda as reasons for her proposed ouster.

Hilary survived the motion that was offered by her sister-in-law. But, her status on the board remains tenuous, at best. Unless she can somehow learn to control her relentlessly aggressive notions, the men who currently support her appear open to withdrawing their endorsements in the future, with cause.

Neil is a saint. He initially forgive Hilary of attacking his family when she first moved to Genoa City. He later married her and found a way to forgive again after she subsequently married his son, Devon (Bryton James) on ‘The Young and the Restless’.

Jack needed to set personal boundaries with Hilary on multiple occasions. She crossed the line by kissing him two times in different calendar years. Acting on impulse, or due to medication, isn’t proper regardless of what other characters have done on ‘The Young and the Restless’. And, viewers know that Hilary’s recent peck at Jack was part of a scheme when she was thinking of leaving Devon. So, her behavior had zero to do with Simon’s (Michael E. Knight) drug protocol.

As for Devon, fans continue to wonder how much he’ll be able to take. Yet, it’s obvious that he loves wife. ‘Hevon’ fans also know that Hilary cares about her husband. However, love doesn’t always guarantee an extended lifetime together. So, true personal reform must soon be forthcoming.

Needing to work in a self-created hostile environment isn’t wise. So, Hilary’s interactions with three important women in her life’s current path: Lily, Ashley, and Phyllis, remain key in the immediate future. She probably won’t be able to sway their individual, or collective, opinions in her direction. Therefore, Hilary would be smart to not provide them with any personal ammunition moving forward.

‘The Young And The Restless’ Spoilers: Amidst Chloe Drama, Kevin’s Outreach To Mariah Gives ‘Keriah’ A Lifeline