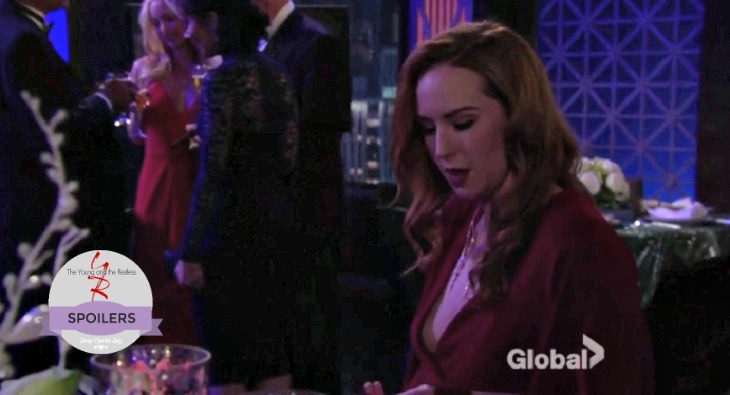 “The Young and the Restless” spoilers for Wednesday, December 28, tease that Victoria (Amelia Heinle) will force Billy (Jason Thompson) into an unpleasant situation. It looks like Billy will plan on skipping the foundation’s charity gala. He might point out that he doesn’t want to deal with Jack’s (Peter Bergman) wrath. It would only disrupt the party.

Victoria won’t let Billy slide on this. She’ll note that Brash and Sassy bought a table at the benefit, so it’s important for their team to be there. Victoria will state that she’s attending and Cane (Daniel Goddard) is showing up, too. She’ll contend that Billy is going whether he likes it or not.

Billy will undoubtedly cave in and make an appearance at this shindig. He may be surprised by the improvements in Jack’s attitude over the next few weeks. Jack can’t stay mad forever. These brothers should make peace before you know it.

In the meantime, Hilary (Mishael Morgan) will bask in her shining moment. She’d better soak it up while she can. It won’t last long if Mariah (Camryn Grimes) has anything to say about it. Hilary will approach the podium and ask if everybody is ready to begin the auction. She’ll kick off the event and it should be a huge success.

Hilary will be delighted when the guests cheer and applaud. She just eats this attention up. Mariah will be less than thrilled by her adversary’s return to the spotlight. She’ll decide that Hilary needs to pay for her actions.

“The Young and the Restless” spoilers reveal that a revenge scheme is in the works. Wednesday’s Y&R preview video shows Mariah saying, “I won’t be the one who takes a fall tonight.” Since Mariah confirmed her suspicions about the sabotage, it seems she wants Hilary to suffer as well.

Related: Chelsea And Nick Ring In New Year Together – Finally Give In To Their Romantic Urges?

As Mariah’s plot takes shape, Nick (Joshua Morrow) and Chelsea (Melissa Claire Egan) will settle in for a quiet evening at the tack house. Faith (Alyvia Alyn Lind) will join them, but she’ll eventually fall fast asleep. Once Chelsea and Nick are alone, we’ll see some fireworks. They’ll end up sharing a steamy kiss on the sofa.

“The Young and the Restless” rumors hint that things could be shifting for these friends. Will they pursue a romance or will they determine that it’s not the right move? We’ll give you updates as more news comes in. Stay tuned to Y&R and don’t forget to check Soap Opera Spy often for the latest “Young and the Restless” spoilers, rumors, updates and news.

‘The Bold and The Beautiful’ Spoilers: Ridge To Seduce Quinn, Liam Knows Plan, Will he Lose Steffy